A web port of Eliza

There were similar things in her father’s study, four of them, black lacquered cubes arranged along a low shelf of pine. Above each cube hung a formal portrait. The portraits were monochrome photographs of men in dark suits and ties, four very sober gentleman whose lapels were decorated with small metal emblems of the kind her father sometimes wore. Though her mother had told her that the cubes contained ghosts, the ghosts of her father’s evil ancestors, Komiko found them more fascinating than frightening. Her father sometimes meditated before the cubes, kneeling on the bare tatami in an attitude that connoted profound respect. She had seen him in this position many times, but she was ten before she heard him address the cubes. And one had answered. The question had meant nothing to her, the answer less, but the calm tone of the ghost’s reply had frozen her where she crouched, behind a door of paper, and her father had laughed to find her there; rather than scold her, he’d explained that the cubes housed the recorded personalities of former executives, corporate directors. “They’re not conscious. They respond, when questioned, in a manner approximating the response of the subject.”

In his paper Computing Machinery and Intelligence (1950) Alan Turing asked a simple question: “Can machines think?”

Since thinking is a tricky concept he proposed to “replace the question by another, which is closely related to it and is expressed in relatively unambiguous words.”

The Turing test involves a computer, a human interrogator and a human foil. The interrogator attempts to determine, by asking questions of the other two participants, which is the computer. All communication is via keyboard and screen. 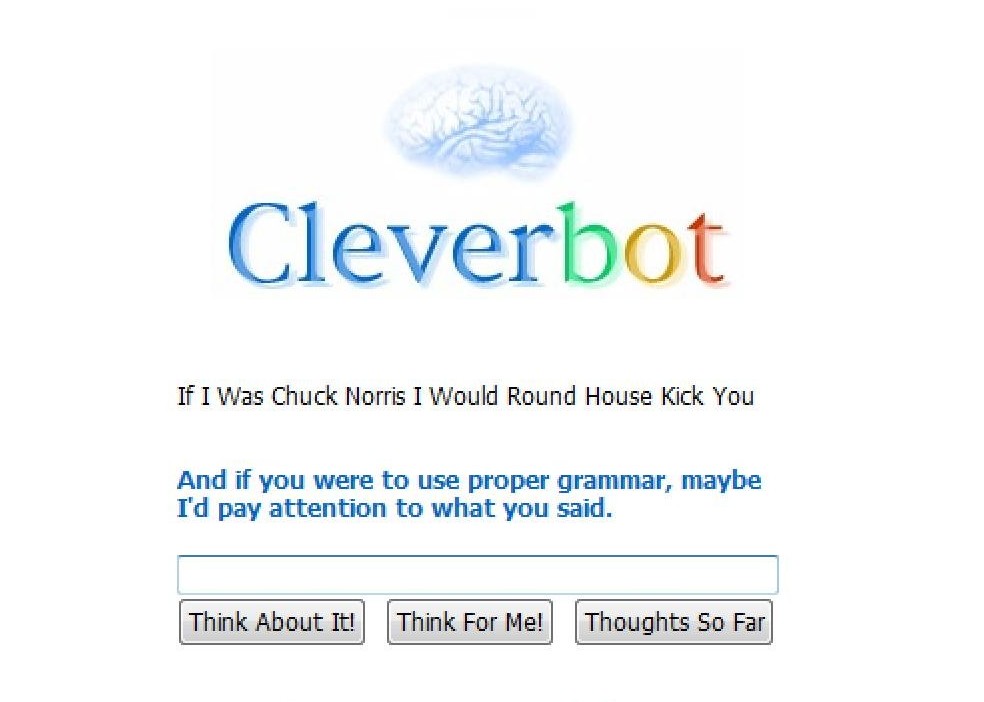 In a formal Turing test Cleverbot was judged to be 59.3% human, compared to the rating of 63.3% human achieved by the actual humans. A score of 50.05% or higher is often considered to be a pass of the Turing Test.

AI vs. AI. Two chatbots talking to each other 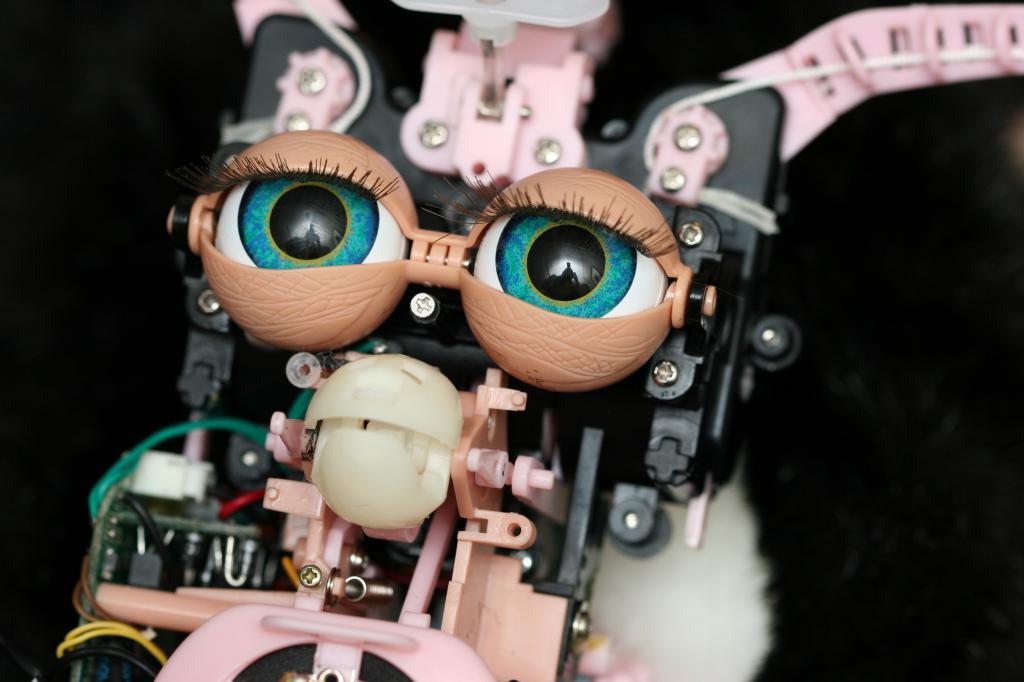 Furbidden Knowledge – From Radiolab (Play from 9:45)