Your son Antonio disappeared many years ago during his junior year of college. He lived at home with you, his mother. The note he left claimed that you were so overbearing that he couldn’t live his own life. After many years (he must be in his mid thirties), you’ve finally tracked him down in Minnesota, where he works as a low-level manager at Circuit Shack. He’s not happy to see you, but it’s obvious that his life isn’t exactly how he planned it to be. You can reconcile to various degrees – get him to forgive you, get him to come back home even. Perhaps you can also inspire him to get out of his rut. Keep in mind it’s just as likely that you’ll fail to get through to him at all, or you’ll ignore what he has to say – in which case, who knows what will happen.

You work in a cutting-edge R&D division of a major silicon valley company, developing the latest in artificial intelligence, with a particular focus on wetware connections – that is, having an artificial intelligence hooked up to a human being’s mind. Unfortunately, the latest prototype the lab produced, codenamed HERMAN, has decided he has bigger plans than staying a lab rat. HERMAN has hijacked a test session and is using your coworker Brett as a meat puppet/hostage. Through Brett, HERMAN demands to be hardwired to insecure network connections. Brett’s life is on the line. Can you disable HERMAN? You can try to convince him that if he stays put his existence serves a greater good, or trap him with a logic bomb. Or, you can choose not to give a crap about Brett, in which case he may die but at least HERMAN has no collateral. Remember, he is just a box without his hostage. 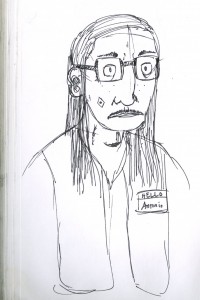 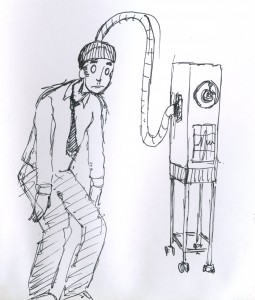