Assignment: design a remote multiplayer game that uses an existing communication system. It can be analog or digital, and it can involve custom software, but it has to take advantage of unique properties of a platform you didn’t make.

Deliverable: it depends on the format.
If it’s playable in class under 30 minutes, the deliverable can be the game rules and the components themselves.
If it’s unpractical to play in class, produce some documentation. It can be a video explaining the game as if it was on a portfolio or a showreel (preferable), or it can be other form of documentation supporting a live presentation as long as edited to be consumable under 30 minutes.

Let’s look at some precedents and examples.

Some games like Chess or Go have been played at distance even before modern telecommunications. 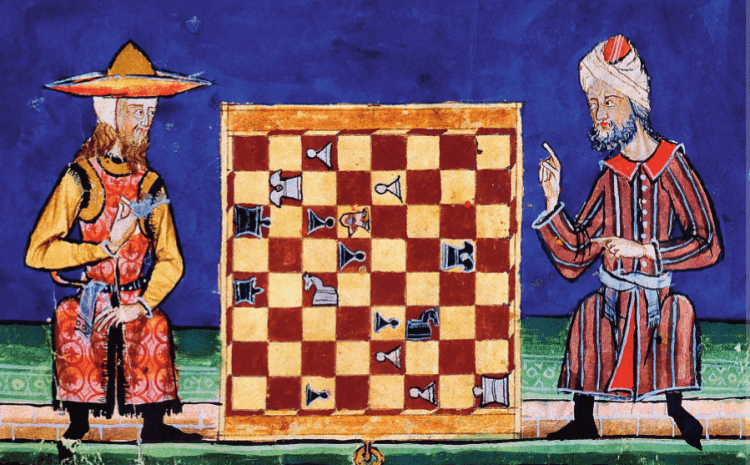 According to a legend the caliph Harun al-Rashid carried on a chess match by correspondence with the Byzantine emperor Nicephorus around 800. Many other royalties, and generals have been said to play chess against each other (they had access to couriers so it was possible).

Postal chess allowed for massive team games, so local chess clubs started challenging each other.
Because all moves had to be recorded, we have playthroughs of many of such correspondence games.
This is one of the earliest known ones:
City of Edinburgh vs London Chess Club (1824)

Chess easily adapted to all communication technologies from telegraph to radio…

Kasparov versus the World was a game of chess played in 1999. Over 50,000 people from more than 75 countries participated in the game. They voted for the next move.

Can all games by played by mail like chess or go? (perfect information)

A kind of nerdier subset of tabletop RPGs. Often computer moderated but before widespread availability of the internet. 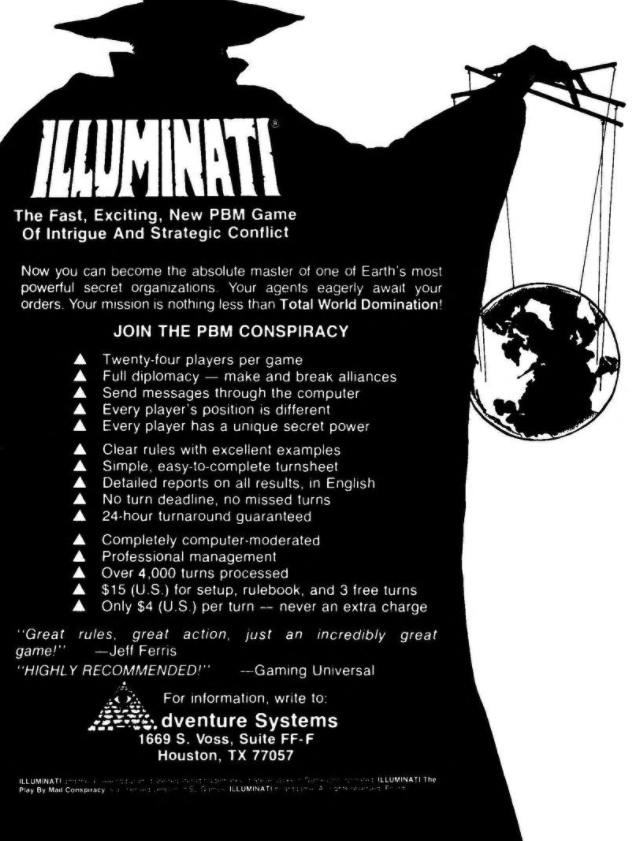 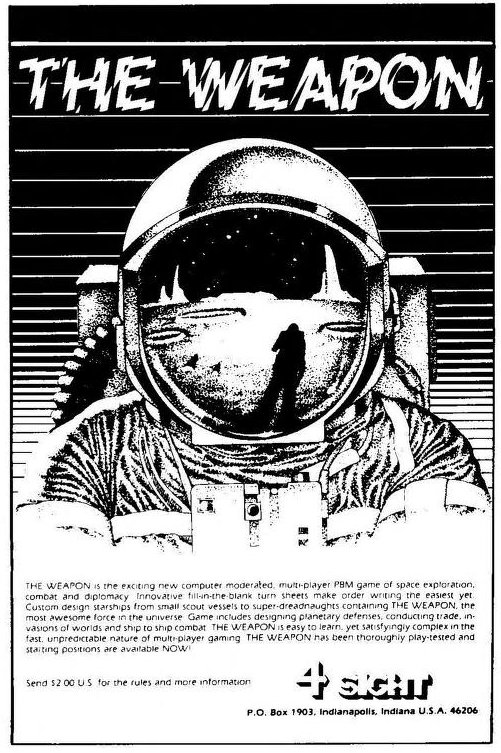 Take 10 minutes to explore the links above. Pick a game, and try to understand the rules or see if there are documented playthroughs. Two students will briefly present their findings.

What are the unique advantages and characteristics of PBM RPGs?

An ARG is an interactive networked narrative that uses the real world as a platform and employs transmedia storytelling to deliver a story that may be altered by players’ ideas or actions. (Wikipedia definition)

The “real world” may involve real locations, physical props and actors as well as websites, forums, and communication systems that are not necessarily game-related.

ARGs are multiplayer in that they typically incorporate puzzles too hard to be solved by an individual player.

Some aspects of ARGs are at play in Randonautica, a derive/random geocaching app that sends you to random places in search of a specific experience (leveraging pattern recognition) and social media’s viral logic. See the subreddit.

There has been a surge of interest in ARGs recently due to their similarity to grassroot conspiracies like QAnon. Here’s a interesting reading:

What ARGs Can Teach Us About QAnon

What are the unique characteristics of ARGs?
(this is not a game, infinite affordances etc.) Let’s play a short ARG together. The Missing Locksmith by Elle Osili-Wood.

Almost every communication platform can be incorporated into a game or metagame.
Roleplaying games, focus on language and collaborative storytelling, are played in all sorts of platforms. There are servers and bots dedicated to Mafia/Werewolf games on discord.

Here are some examples that are using specific features of various platforms.

Escape – An escape the room in google docs 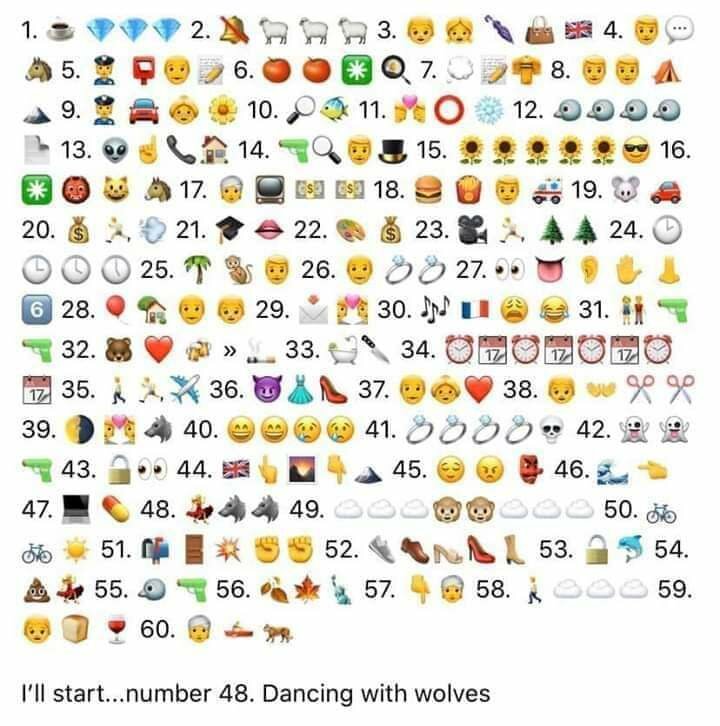 Poll Games on twitter. This one was particularly clever:

MS Paint Adventures – the precursors of the popular webcomic Homestuck, were collectively created.
The characters’ actions were originally driven by commands suggested by fans in the comics’ official forum.

CapsuleQuest or: that time I asked my twitter friends to remote control me in a Tokyo capsule hotel. Smilebot by James Lantz – a Discord game disguised as bot

Twitch Plays Pokemon – a massively popular social experiment that turned Twitch into a platform for a wacky multiplayer game. A kind of community emerged from that shared painful experience which in turn generated memes, urban legends, lore… 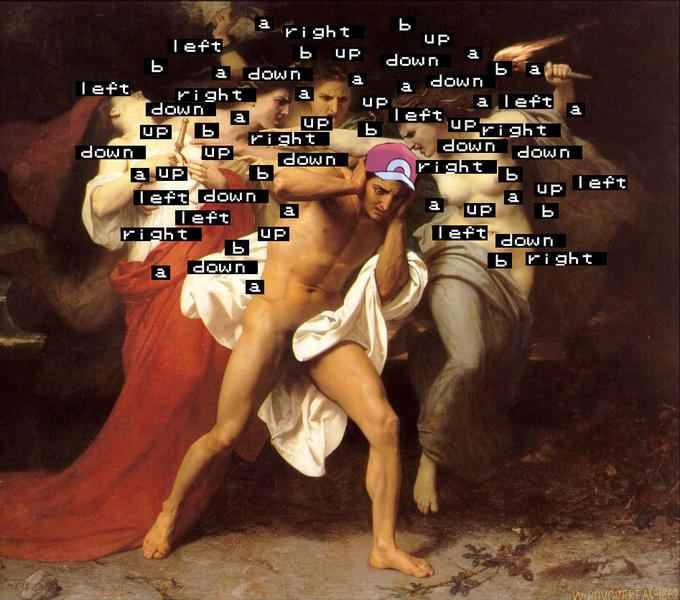 While subsequent “Twitch Plays” experiments were not as successful, Twitch as a game platform is still somewhat underexplored.

I prepared two templates that allow you to control your own computer from Twitch’s chat.
TwitchPlaysEverything (github source) is a generalized template that turns chat commands into system inputs (mouse and keyboard).

TwitchToMIDI (github source) lets Twitch users control a MIDI channel on your computer. The setup is a bit complex and it requires some kind of DAW but I can see it potentially used to spice up live DJ set or live-coding performances online.

God Is Dead. So Is the Office. These People Want to Save Both

Write down three communication platforms
Think about their affordances: what are their main properties, what actions and behavior do they invite?
What are some existing mis-uses, ie uses that were likely not expected by the designers
Try to create a game by adding one, simple, constraint to the standard use (eg you can tweet by using only emojis)

Start writing down notes and possible ideas. Consider that the project must be designed, playtested, and documented by next Friday.

Write down your ideas in this shared doc.

Each idea should be presented as a one or two sentence “pitch”
eg: Twitch Plays Bees:Twitch users make drone music from the sound of a bee colony streamed in real time.

In addition to writing your own idea, check your classmate’s pitches and write down your name if you’d be interested in (or even just OK with) working on it. You can add yourself to as many pitches as you feel like.

I’ll form groups of 3 or 4 based on which ideas got the most potential collaborators and your individual preferences.