Here are some hypothetical screenshots from my game.

The is separated into two screens in which two players attempt to find each other by following the sun, this mechanic may change to allow for a more 3-D like map but for now, you can just move right and left: 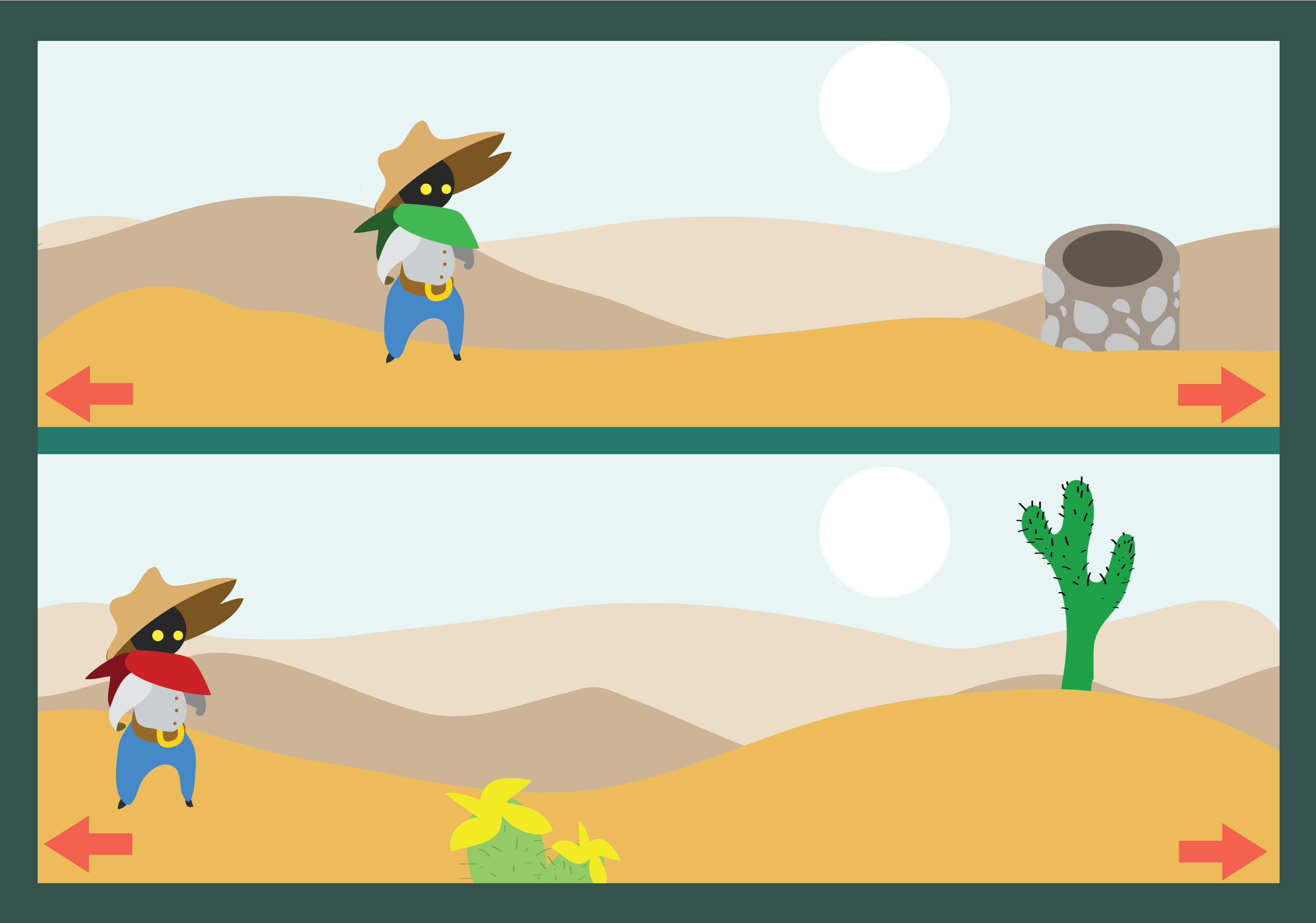 Also, I think the game would mostly be exploring the world so the daytime changes slowly to night where you follow the moon. There may be certain obstacles that the characters must break through with their guns. Other objects may only break when both characters strike certain objects at the same time: 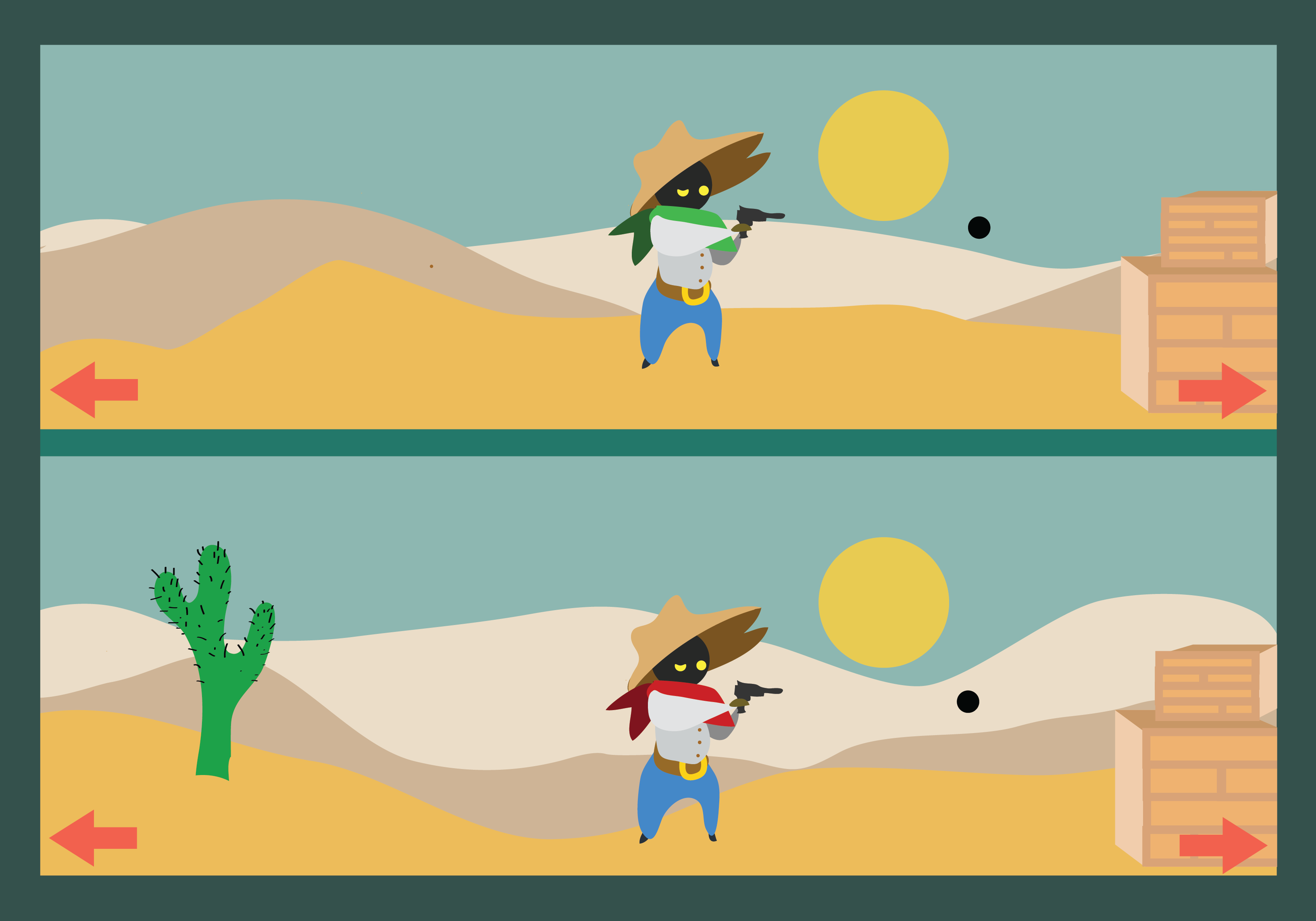 Finally, the game leads to a (anit-climatic) fuel between the two characters. I feel like I need to frame the game some more to make this reasonable but for now, that’s where it stands. 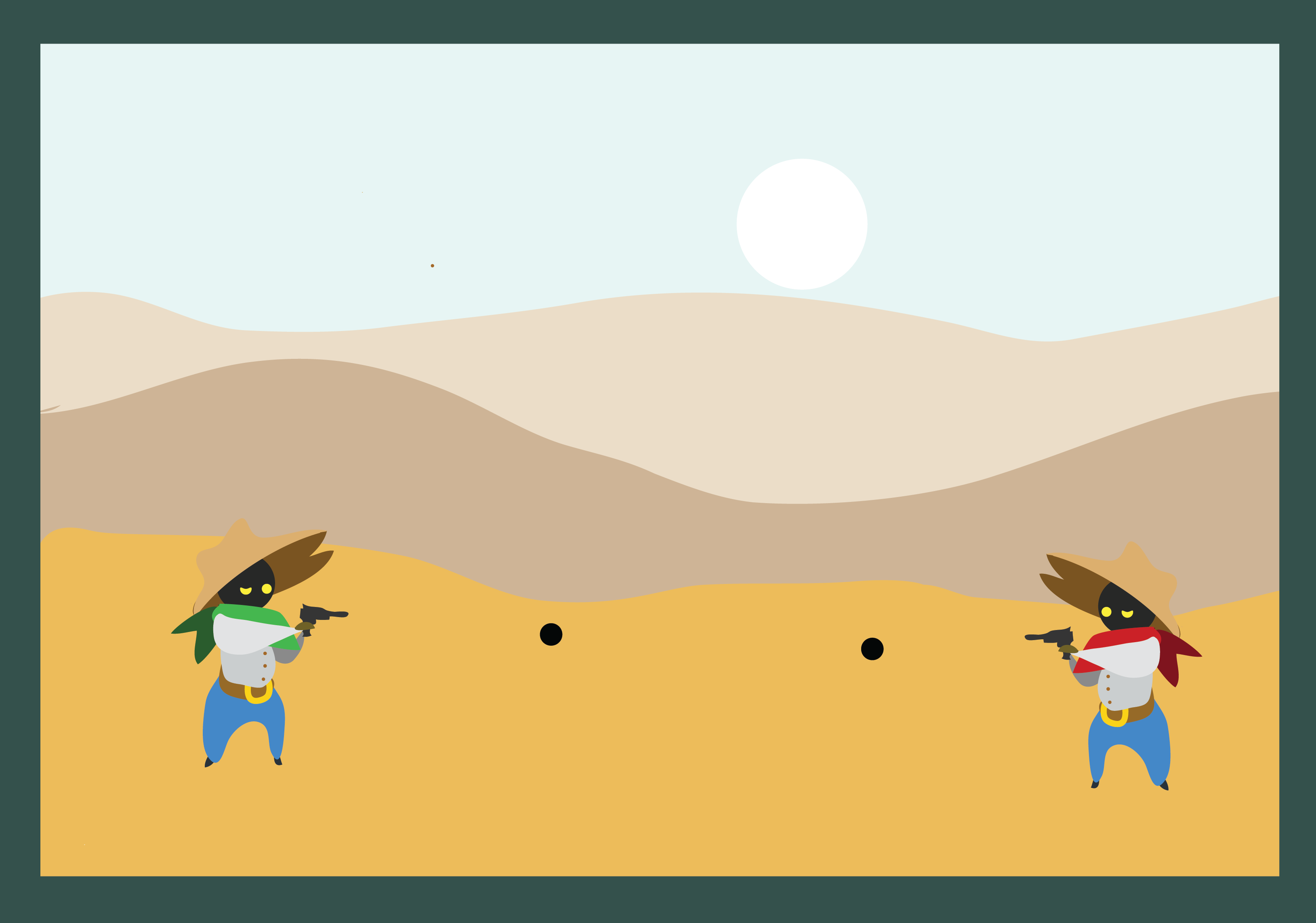