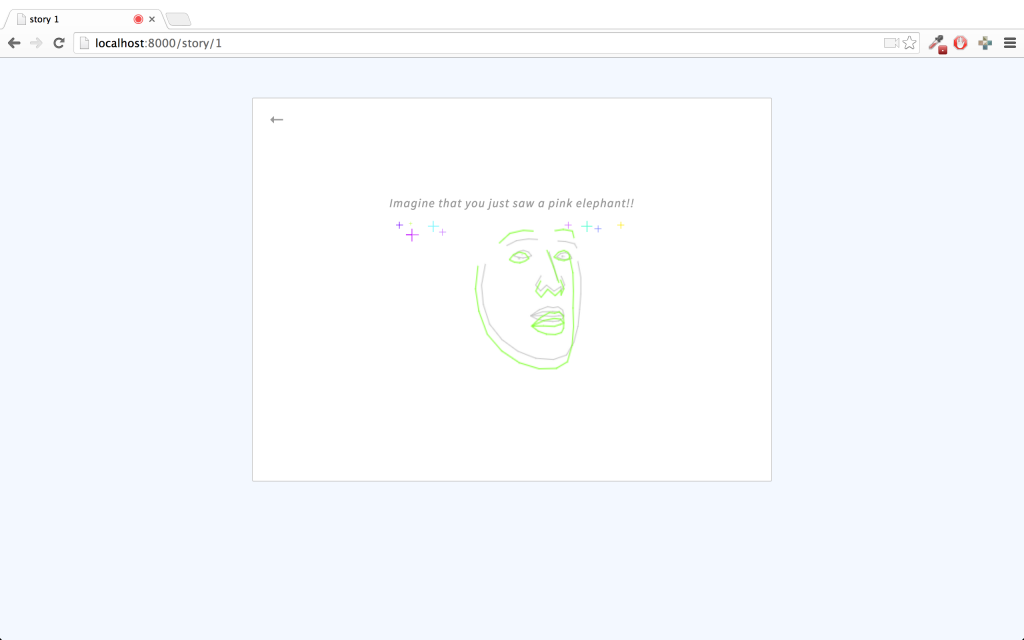 By Caroline Record and Jing Xiao

The Staring at Computers Acting Class is a performative two way game. It is intended to both be played and be watched being played in equal parts. The player of the game attempts to do well in the “acting class” by matching short facial expressions that they are prompted with. The game uses facial detection to score them based on how well they match each expression. By moving their face and by allowing the light from the computer to reflect off their face, the player is performing in a larger story that only the audience can hear, but they cannot. The audience member hears a short passage from Phillip Lopate’s essay Films as Spiritual Life as the player’s face is illuminated and contorted in sync with the story.