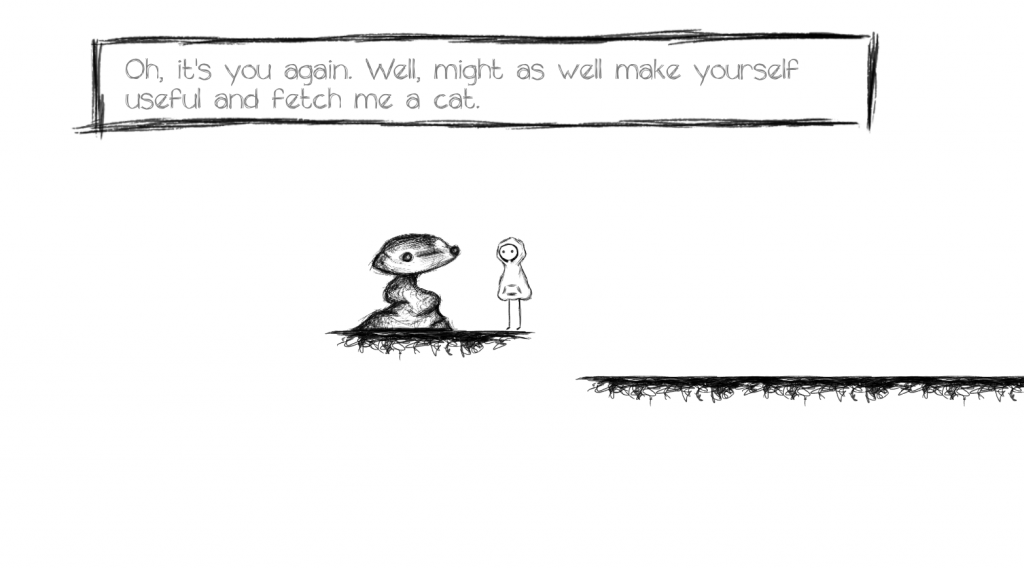 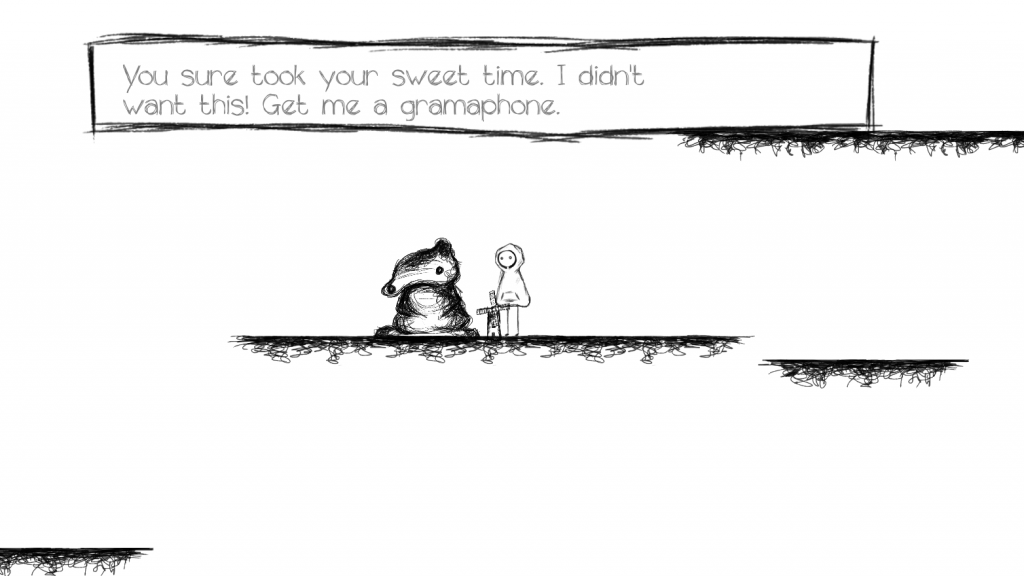 The game is meant to challenge the “quest” system common in many games by providing the player with quests that cannot be completed. It is very hard to give a non-player character the item they are asking for. And even if the player does manage to do this, the NPC receiving the item will act ungrateful toward the player despite the long toil it takes to deliver the desired item to the NPC. The player gets no reward for completing quests except for harsh words from the NPCs. Yet if the player stops moving and refuses to complete any quests, a scribbly cloud of depression will form above the player’s head and cover the screen until the player moves again.

The game is best played in larger window sizes (i.e. 1920 x 1080, or however large your computer can manage) because something in Unity’s text system is weird and the text doesn’t resize properly in smaller window sizes.