A story of being a shut in, where moving through physical space is required to solve puzzles and move through virtual spaces. For the purpose of the demo, this feature was removed. Touch the sides to move and press the button to interact. Exiting the room without solving it simply resets the room to its initial state.

Turtle Wushu:
A game a lot like Joust, which I found to actually be better. The physicality of the turtle gave tactile feedback, so I was always aware of the physical limitations of the actions I could take, whereas death in Joust seemed a bit arbitrary and dependent on the whims of the computer referee. The possibility of a large number of participants worked to its benefit, as each game took longer to play so the stakes felt higher. I might be biased because I tied for first place. There was some awkward tension involved also like in Joust, where I was initially hesitant to aggressively attack someone I didn’t know, especially that old woman who played with us.

Nashville:
Fun in concept, but poorly executed. The aimless wandering around did not work to its benefit. Everyone clumped together and stayed near the beginning area. The game really needed an incentive for the teams to spread out and wander actively to emphasize the role play aspect. The actual confrontation was also underwhelming, as the duels lacked any degree of appreciable complexity or strategy.

Also why was the beer so expensive?

I sought to simulate economic hardships and play Skyrim in a manner that crosses realistic, difficult, and unfun. However, I eventually realized that simulation and realism are neither realistically feasible nor desirable, despite the efforts of Bethesda and Rockstar to create an environment that feels truly lived in. This is a demonstration of why such goals are do not work within game systems. 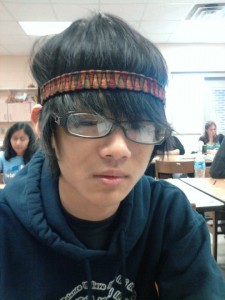 I think I made a wordpress, but I can’t find it. Sorry.