Although decorative patterns have been employed by Greeks and Romans, Islamic artists achieved an unprecedented degree of mastery due to discoveries in Mathematics and aniconic precepts. (geometric, calligraphic, floreal)

And of course patterns emerge in textiles throughout cultures.
Rich symbology embedded in the traditional Kente cloth. 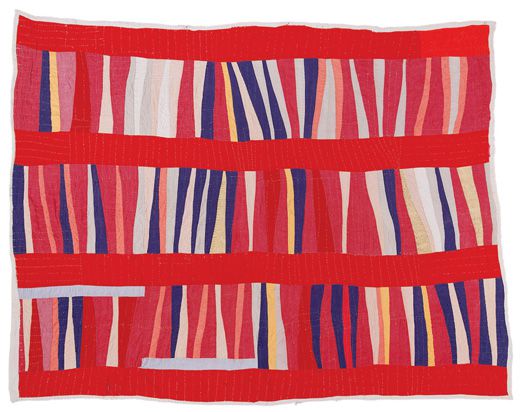 The value and innovation in crafts like quilting has only recently been recognized by “high art” institutions. Gee’s Bend quilts.

Weaving involves relatively simple repeated tasks and was one of the first activities to be mechanized and “computerized”. 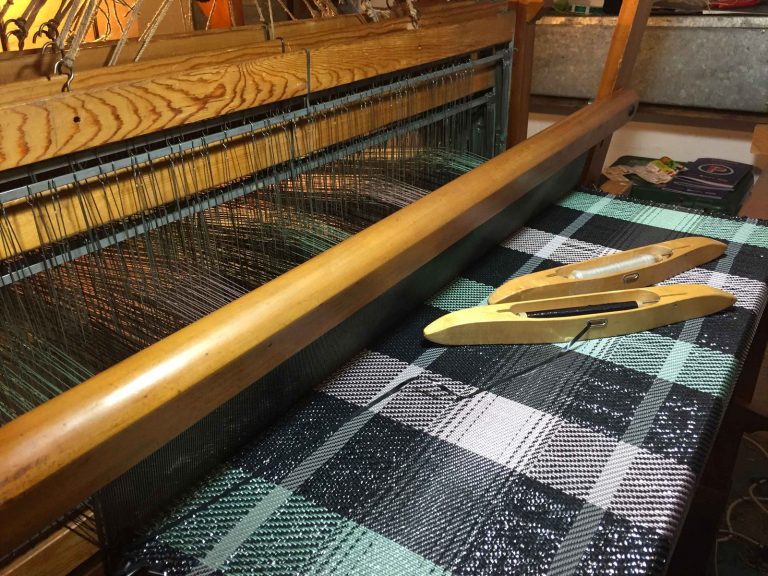 These complex machine would inspire Charles Babbage and Ada Lovelace (Augusta Ada King, Countess of Lovelace) to design the earliest computing machines, the Difference and Analytical Engines.
Even if these devices were mostly theoretical, Lovelace already had the intuition that they could manipulate other things besides mere numbers.

“[The Analytical Engine] might act upon other things besides number, were objects found whose mutual fundamental relations could be expressed by those of the abstract science of operations, and which should be also susceptible of adaptations to the action of the operating notation and mechanism of the engine…Supposing, for instance, that the fundamental relations of pitched sounds in the science of harmony and of musical composition were susceptible of such expression and adaptations, the engine might compose elaborate and scientific pieces of music of any degree of complexity or extent.”
-Ada Lovelace 1843

In August 62 I started doing silkscreens. I wanted something stronger that gave more of an assembly line effect. With silkscreening you pick a photograph, blow it up, transfer it in glue onto silk, and then roll ink across it so the ink goes through the silk but not through the glue. That way you get the same image, slightly different each time. It was all so simple quick and chancy. I was thrilled with it.
– Andy Warhol

In Op-Art (60s)
Abstract subgenre, short lived but influential all across interior design, fashion and advertising. Op-artists were exploring the limits of perception, creating visually tense images and optical illusions.

In «Cubic Limit,» Mohr introduces the cube into his work as a fixed system with which signs are generated. In the first part of this work phase (1972–75), an alphabet of signs is created from the twelve lines of a cube. In some works, statistics and rotation are used in the algorithm to generate signs. In others, combinatorial, logical and additive operators generate the global and local structures of the images.

Can you reverse engineer Every Icon? All the source code here