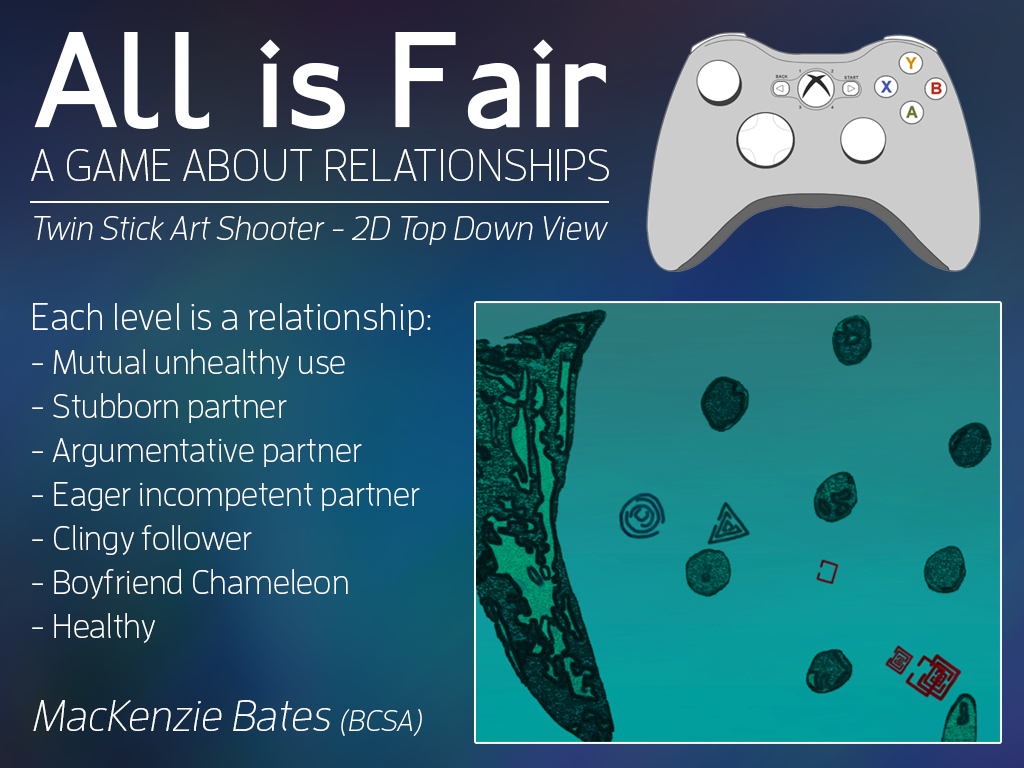 All is Fair is a game about relationships. It is about how they differ, how they are similar, how to make them successful and making the player experience them.

This takes the form of a Twin Stick Art Shooter, as I like to call it. This 2D top down shooter has gameplay similar to Halo Spartan Assault, but simplified and focused on the relationship between the player and their computer-controlled companion.

The player and their companion are fighting “The Fear” which is the physical manifestation of things that try to end a relationship. It represents: tension, fights, confusion, jealousy. The Fear fires part of itself (just as do all characters, bullets look like the outer shell of person whose health was used as ammo to fire the bullet). The Fear has infinite hatred/ distaste (infinite ammo).

3rd Year Senior Computer Science and Art President of Game Creation Society Over the Summer of 2014, I worked for 343 Industries (Microsoft) on the Halo Channel and Halo 5: Guardians as a Software Engineering Intern in Kirkland, WA. Over the Summer of 2013, I worked on The Sims 4 as a Software Engineering Intern with a focus on Gameplay User-Interface features for Maxis (Electronic Arts) in Redwood Shores, CA.