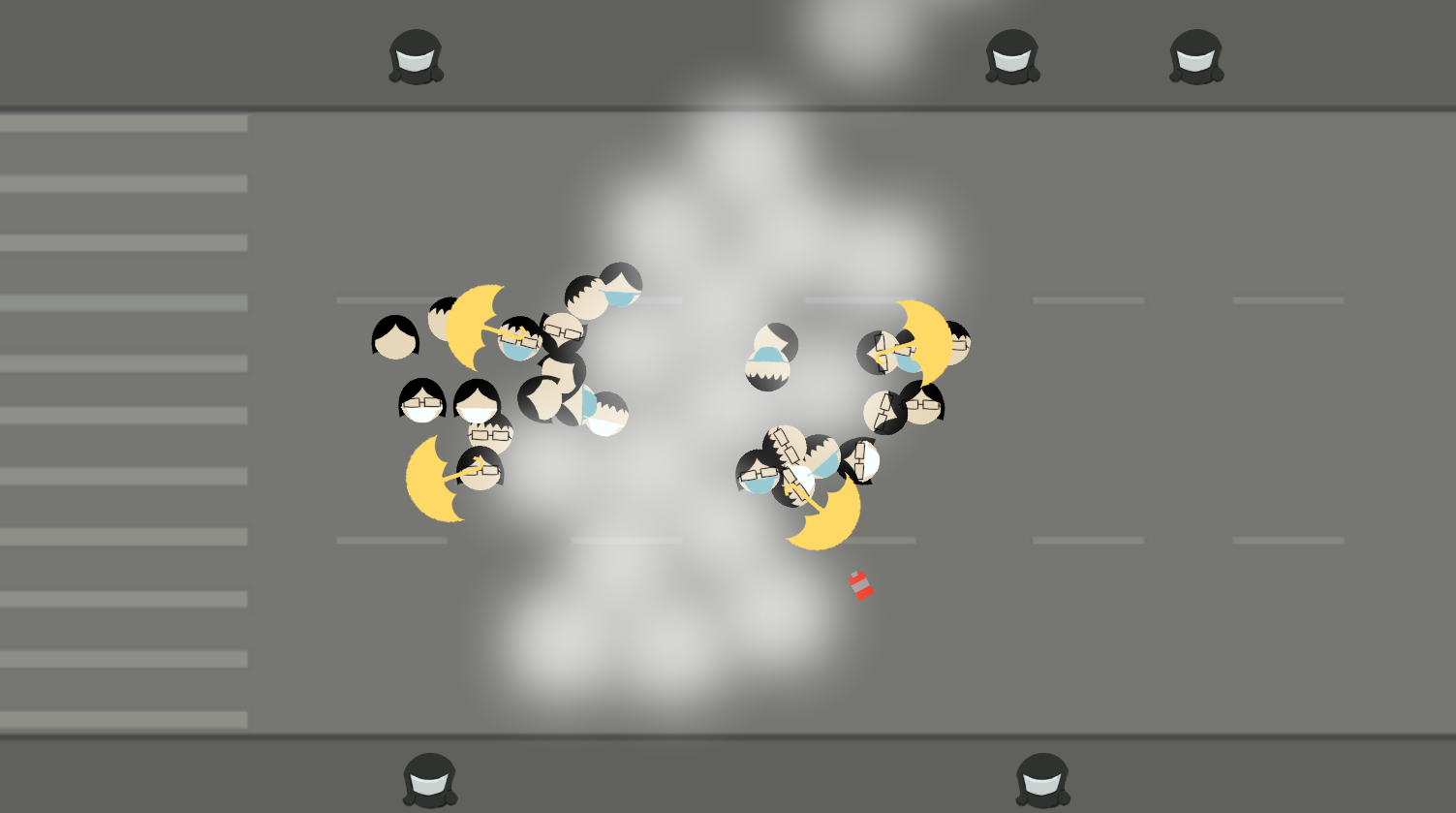 A group of protesters are surrounded by riot police, who are pelting them with tear gas. The protesters, each controlled by a letter key on the keyboard, can pass around umbrellas to protect themselves from attacks.

Jenova Chen grew up in China, and graduated from USC’s interactive media division. He made Thatgamecompany along with other USC graduates.

I first heard about them through the game Flower, back in 2010 ish. It is basically a game about blowing flower petals around, which sounded extremely stupid on paper. However, I was eventually convinced by a friend of mine to check it out, and it redefined what I thought video games could be. For the first time, I cried because of a game’s emotional power.

He believes in video games as its own unique media, one that is capable of producing what other mediums cannot. Instead of overloading on tiny mechanics, cheap tricks, and high quality cutscenes which are popular in AAA games, he boils games down to its essence. Instead of starting at mechanics, he starts with how people feel, and build the entire game around one central emotion. The power of his game was able to move many, including me, to tears. After this, I could not look at all the previous games I owned the same way again, as I always feel they are missing something.

I drew the news, focusing on the recent Hong Kong protests. The center of the protest is C.Y. Leung, who is being pressured by protesters to step down. I found 2 pictures of him, one of him giving a thumbs up with a smile, and another one of protesters, who walks around with a giant sign of his face, edited so the eyebrows are angled to look eviler, and sharp fangs sprout out of his mouth. While drawing, I realized that it is a bit unfair for all this anger to be directed at him, since the true cause of the protest is Chinese government’s policy, not his. It really let me get another perspective on this current event.

Step ball was pitched to us as a game that is like Ultimate Frisbee but is turn based. It was a lot of fun, despite being a game highly reminiscent of the disgustingness of gym in middle school. Its main tweak on the traditional team-based game is that each person is only allowed to take a single step before the ball is passed. The benefit is that people who are less athletic (aka me) is not too disadvantaged, because catching, throwing and blocking becomes less about timing and coordination. It is also a lot more about teams, because each person’s individual skills is not as important as the person’s positioning, and we have more time to calculate who is the optimal person to throw to instead of just passing the ball to the best player. However, the game does give advantage to people who are taller. In the end, it was fun and I got exercise, so not too much complaints here.

Turn based, partner based game, where teams race to climb a mountain using cards as buffs. It was very complicated; for most of the time I was very hazy on the rules, and if the coordinator was not there the whole time, I would have just ditched the game. It required a lot of physical precision and communication. By the end, after I finally got the hang of the game, it became fun. My favorite part of the game is that the course depends on the environment, so its replayability is extremely high. My least favorite part is that a turn can take a while, so the other teams just had to sit and wait in a style reminiscent of games like monopoly. This contrasts it with stepball, which is also turn based, but even if my team does not have the ball, I still felt involved and relevant.

For my project, I played The Last of Us, one of the most critically acclaimed games from 2013.

I misplayed the game by messing with its cinematic timing and its combat mechanics.

In the prologue of the game, I take on the role of a father carrying his daughter to safety amidst the beginning of a zombie apocalypse. I was supposed to carry her through the chaotic city, escaping the panicking crowd and advancing zombies. Instead, I took my time slowly enjoying the scenery. At this point, the game forces me to keep up with its predetermined cinematic pace by killing me with a zombie. Their will to do so is so strong, they programmed the zombie to jump straight through walls in order to eat me. They really want me dead.

Sorry about camera being vertical…wasn’t thinking when I recorded this.

The second misplay I did is that during every single fight sequence, instead of being the macho protagonist I was intended to be, I would hide behind cover and let my female teammates, who had infinite health and ammo, take on the onslaught of our enemies.

I died a lot. It was significantly more difficult than if I just ran-and-gunned my way through. However, my teammates did come and save me when I am ganged up on, and would give me bandages after a battle. But it also takes them 2-3 minutes to defeat each opponent. They would also miss point blank gunshots. I felt pretty powerless during those moments, constantly hoping that my teammate would win the fist fight and that my enemies would not find me in the corner. I felt like a dasmel in distress outlined by Anita Sarkeesian.

In summary, my teammates are programmed to be powerful so they aren’t liabilities, but also extremely bad so they won’t steal the action spotlight. In the end, it was much more entertaining for me than if I bashed my way through the game, and much more frustrating for people watching me play.

more screenshots of this: 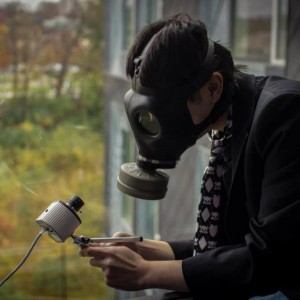