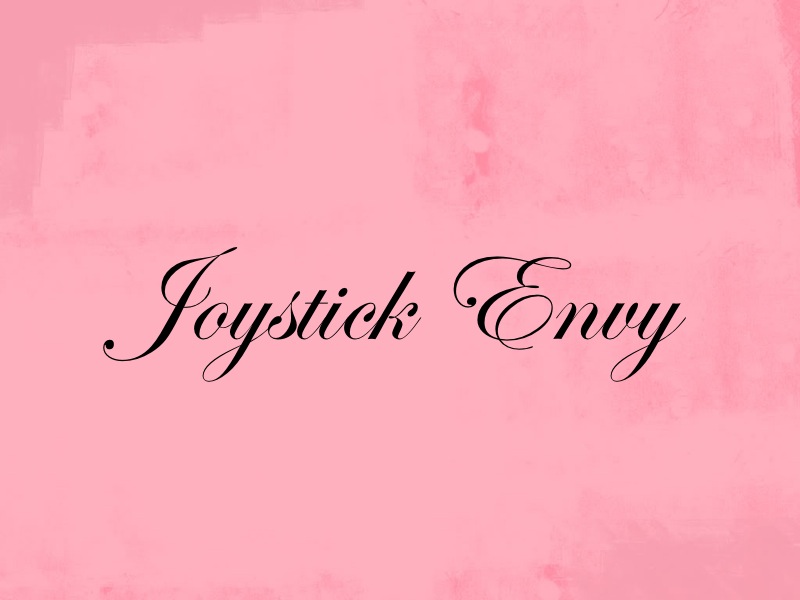 Computer literacy
For many, at least people of my age (pre-internet) videogames were the first approach to computers 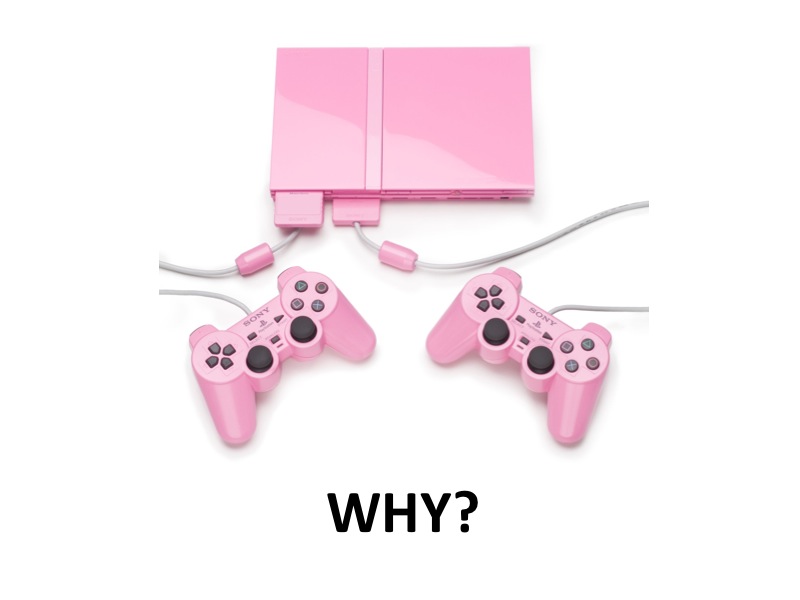 What are the reasons of the gender gap in the game industry and in computer science?
Why there are so few games targeted to women and/or openly gender inclusive?
Discuss… 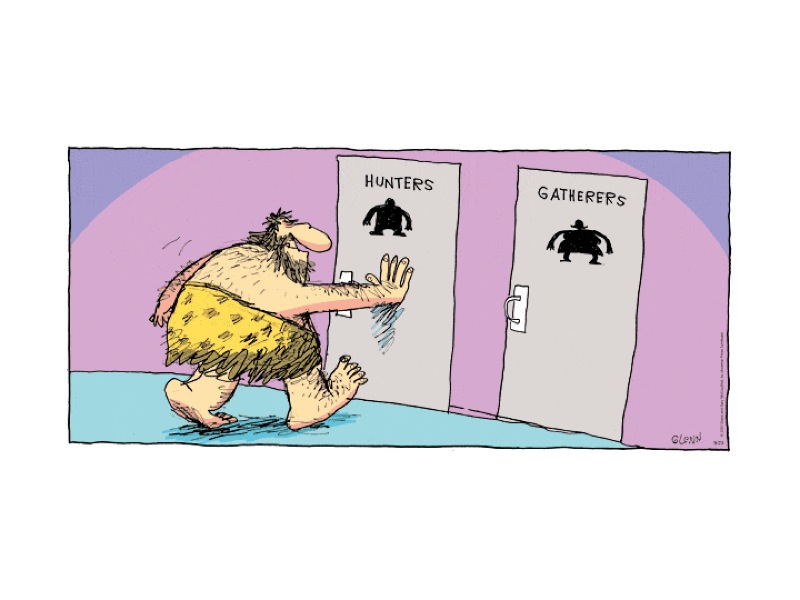 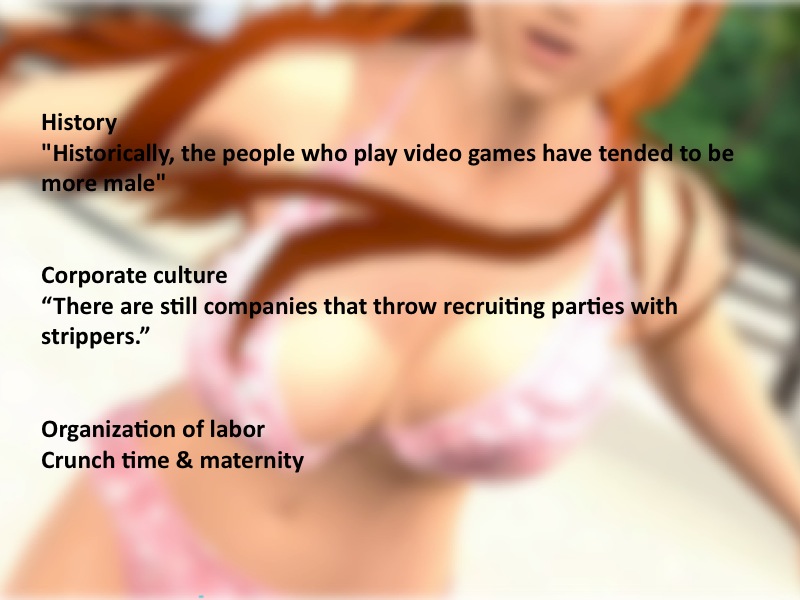 The issue of representation of women in games: 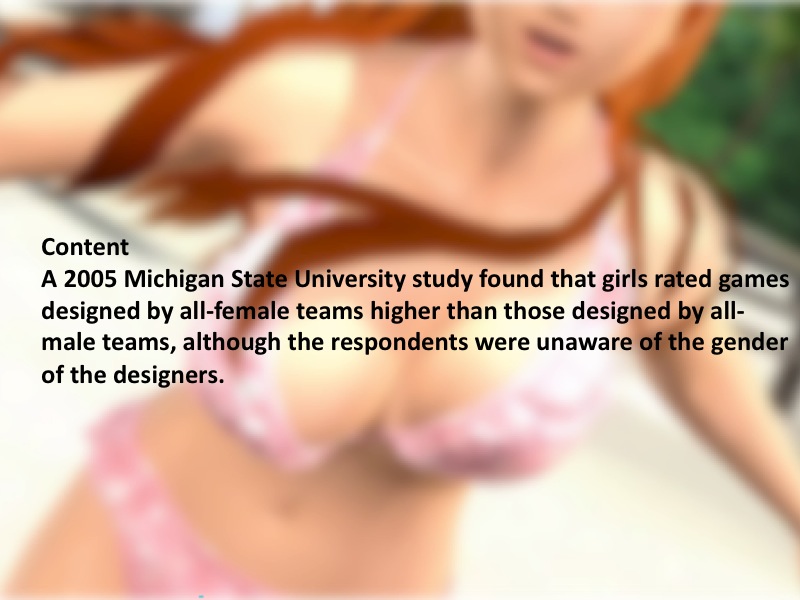 Gotcha is a 1973 coin-op prototype.
This was done because some members of Atari jokingly mentioned that joysticks curiously resembled a phallus. As a result, it was decided to create a “female game” and this game was henceforth referred to game as “the boob game” by company staff. There’s also a retroactively consensual version in which the Indian princess who has to overcome various obstacles to have sex with “Custer.” Instead of arrows, cannon balls are fired at the woman. 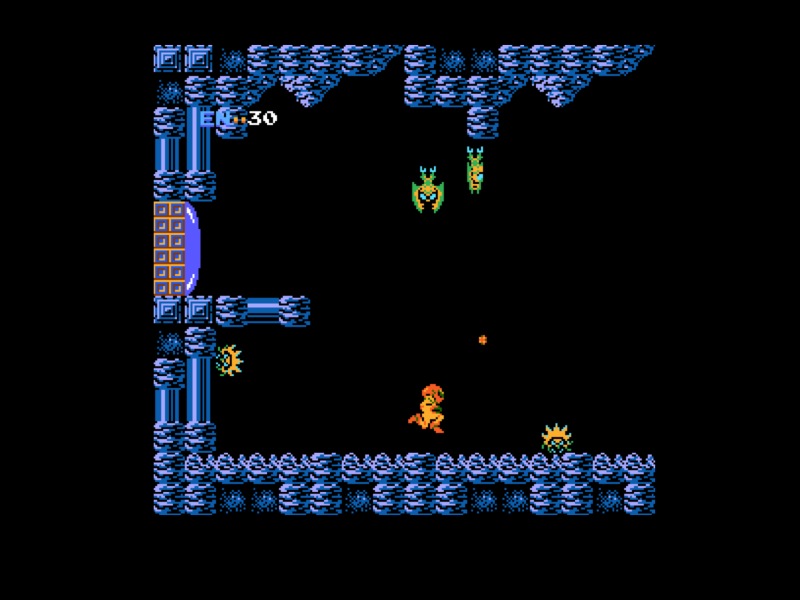 Metroid – nintendo, 1986
One of the first games with a female avatar but you discover it only at the end and he’s wearing a bikini. More like a gimmick but it the following episodes they developed the character a bit more. 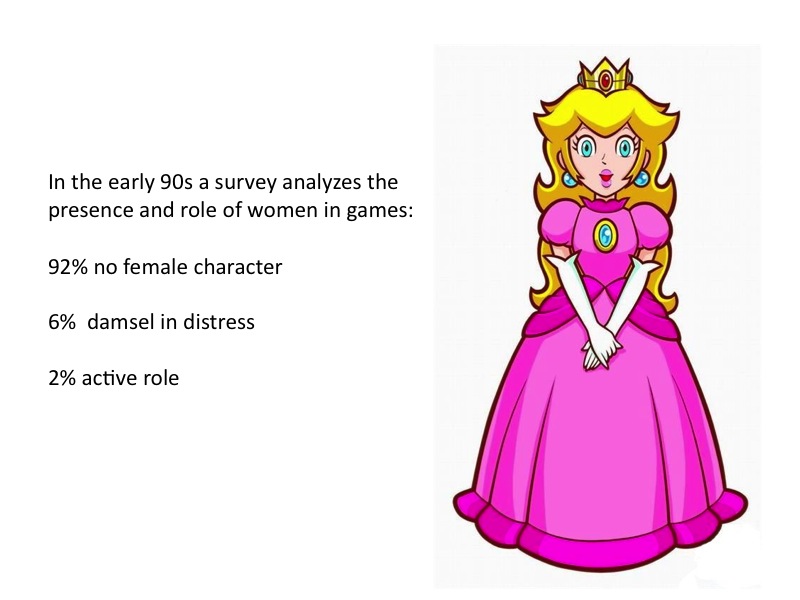 Sexualized as comics, designed to shock and arouse the typical teenager 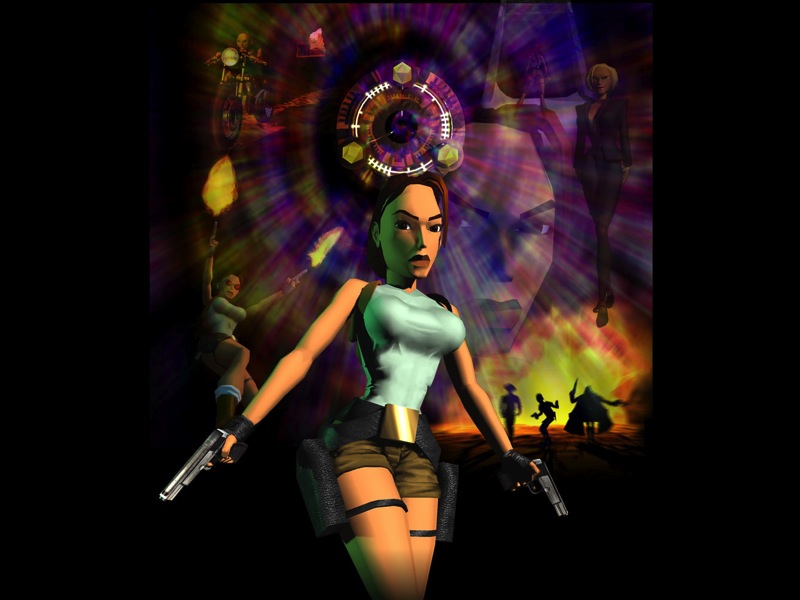 Tomb raider – Core design, 1996
Lara croft is a different kind of character, still sexualized in a way that bothered many women players but at least she was empowered, successful, cultured and smart

Designed by men, the thought behind was: “Something unreachable is also something desirable”
So they create the antithesis of the girl next door

The Lara phenomenon has been read in many ways
As a post-feminist icon as Xena and Buffy (same period),
A bimodal heroine (appreciated by both males and females) Or as yet another incarnation of the femme fatale stereotype, which is a male fantasy 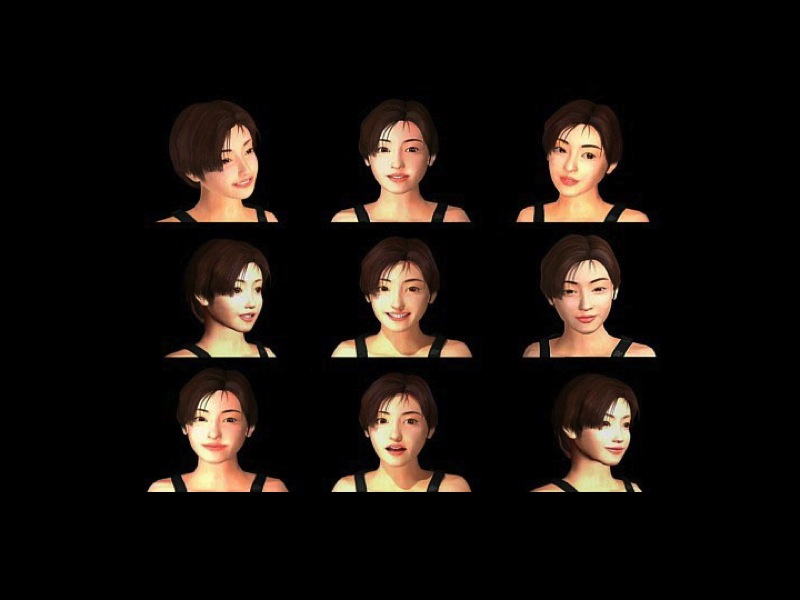 It was criticized as promoting an unreachable idea of beauty as the virtual model Kyoko (came out in the same year). The criticism worked, in the following episodes Lara has a more natural breast 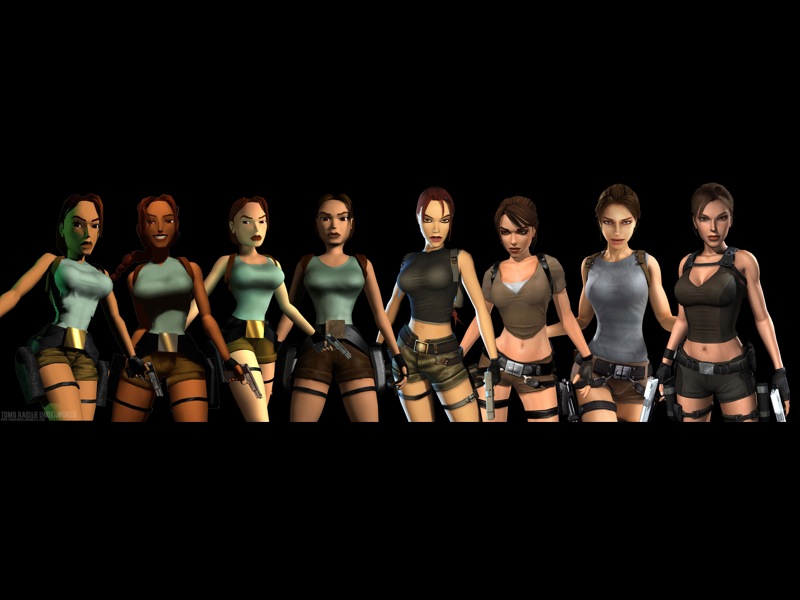 Aside of Lara, the game popularized the third person view
It implies that you don’t have a complete identification as the fperson
You control her but you’re not her

There’s an artistic intervention that forces this aspect 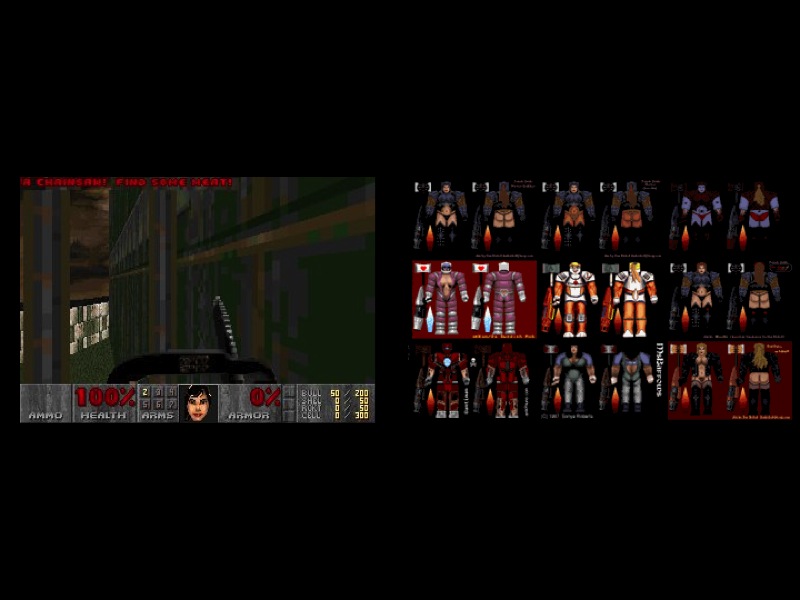 In the same year Quake is released. Monsters rocket launchers, the pinnacle of machismo.

But strangely the first feminist movement in gaming was born in the Quake community.
The game grrrls reference the early 90s punk movement riot grrrls. Bio-Tek Kitchen
Leon Cmielewski & Josephine Starrs
1999 australian
Instead of bloodthirsty opponents, players combat genetically manipulated and mutated vegetables that turn out to be part of a global conspiracy to take control of the entire food chain. Their weapons are cleaning rags and kitchen utensils.

In the late 90 the VG business turnover gets as big as the movie industry.
And more companies realize that female players are an untapped market that can produce some profit.

Most companies heavily rely on simplistic marketing researches.
They ask little girls what they want in videogames and the findings are predictable.

Most of the games are reminiscent of girly magazines.

The risk is obviously to embrace and reinforce normative gender relations.
(girls have to care about the appearance and housekeeping…)

It’s the optimistic period of new economy and there’s also a convergence between cyberfeminist theorist advocating women engagement in new technologies and some women enterpreneurs. There are like 500 papers and essays dedicated to Purple Moon. A quick intro is here. The Sims still has a major influence in the industry. But the representation of women hasn’t improved much. Super Princess Peach – Nintendo, 2006
The princess is finally not in distress but…
Her weapons are rage, cry, happiness and calmness
The annoying idea that women are governed by emotions 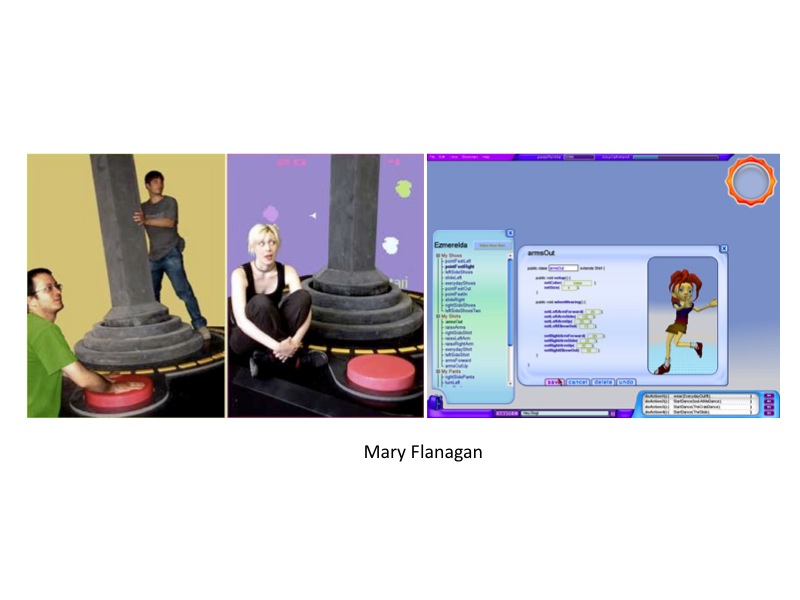 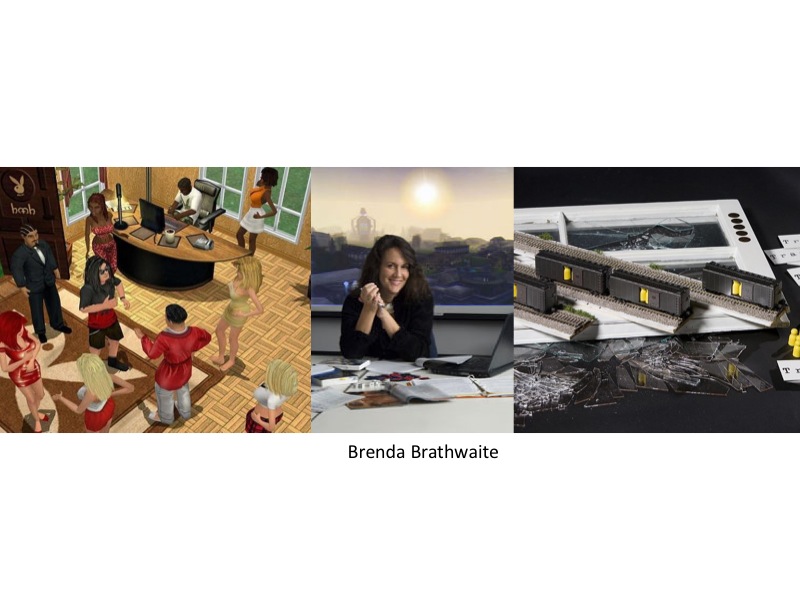 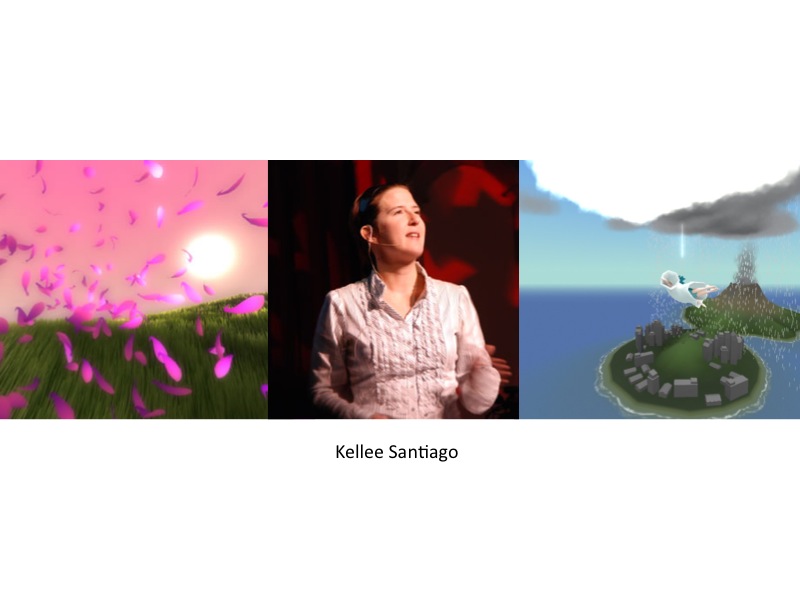 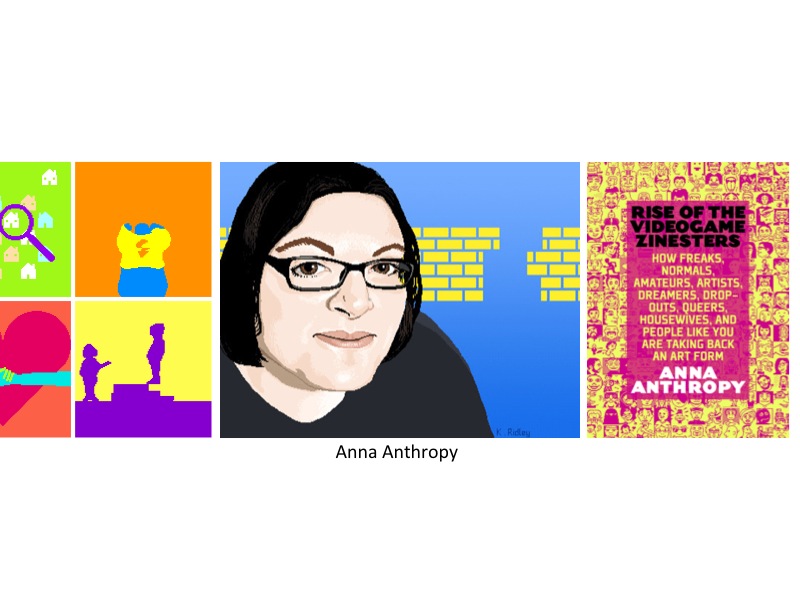