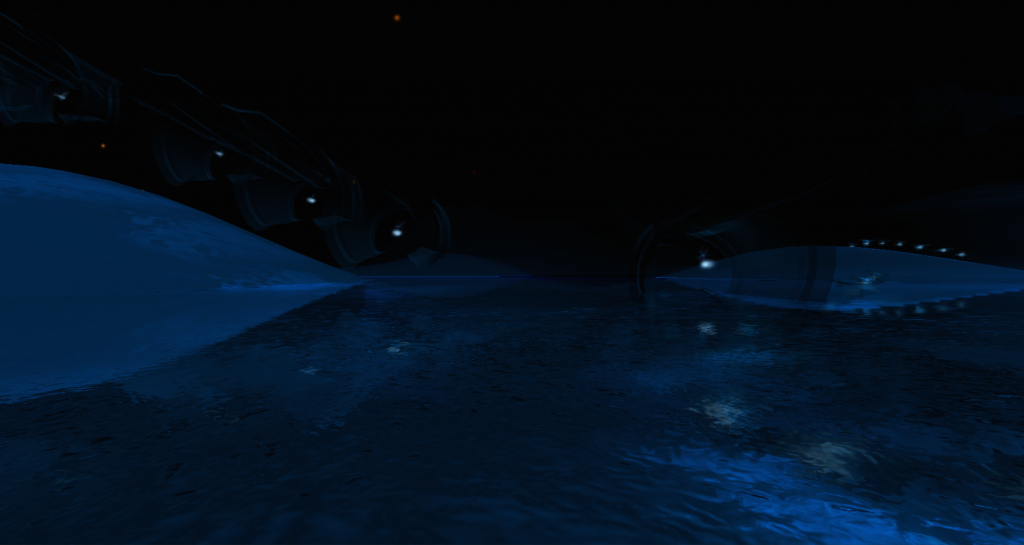 Prototype for my Capstone project next semester; more to come soon!

For now, wander around a quiet underwater environment and take a look at the creatures that you will soon be able to interact with. Included below is the standard computer version, not the Oculus version, so just open and run!

When I’m tired, overworked, and unhappy, I employ the Cluster Cure:

The two most memorable games that I played at the Best Games Fest were Talahassee and… um… well, I don’t know the name, but it was played at me several times.

Talahassee was interesting in concept; the idea of setting out on an adventure with a posse is exciting. In practice, there was perhaps something missing. There was a lot of wandering around and the occasional bursts of excitement seemed a bit random and unbalanced. Perhaps more structured events to bring everyone together? I’d have to think about it a bit more, but the idea was fun.

The other game I played was ongoing. Players received a card with an instruction to make something happen: someone needed to say a word, someone needed to take two pictures of you, etc. If you succeeded, you set off a party popper. If you pushed too hard, you could be called out by the people you were talking to.

This game was played at me more than I played. I actually got into a nice conversation with someone about Marvel movies before he exploded a popper in my face and ran away giggling. I resent this.

Mudslinging Battle
In a battle of the tabloids where 3 editors try to publish the juiciest stories:
3 Editors start with 5 million dollars + 3 million dollars in the public readership (center of the table)
Each turn editors take a decision in Rock Paper Scissors style. Editors can choose A false but juicy gossip story (fist) or Boring but true article (open hand).
There are 4 possible outcomes:
Outcome 1 – one player chooses  A false but juicy gossip story: this editor catches the other newspapers flatfooted and sells all of the papers to the people who want the juicy gossip. This editor takes 1 million dollars of stolen profit from each other editor.
Outcome 2 – two editors choose A false but juicy gossip story: these editors don’t have their facts straight and both their similar stories contradict each other, losing valuable consumer trust. Both give 1 million dollars of lost profit to the third editor.
Outcome 3 – three players choose A false but juicy gossip story: If it’s in every newspaper, it must be true! But armchair journalists on Reddit call them out and you must all pay money to a charity to compensate for the bad press. All editors put 1 million dollars into the public space
Outcome 4 – three editors choose Boring but true article: The public looks on your true stories with approval and increased confidence in the news distribution institution. The editor with most money sanctimoniously proposes a division of the new donations from the public to the union of news companies. Without discussion nor barter, this editor proposes how to divide the pool of money in the public space. If at least one editor agrees the decision becomes effective. Otherwise, nobody takes anything.
The game ends when the first editor is out of money the player with the most money wins.

Even in some of the most brutal games, it is possible to find beautifully created spaces. If you take a moment to look around after the game has stopped pushing you to the next event, you can find pockets of space where the action comes to a stop. In these spaces, you can pause, take a breath, and spend a few minutes enjoying the peace.

I spent some time finding some of the more serene locations in some of my favorite video games including Saints Row IV, Dishonored, and Bioshock.