“(Architecture) is born of the most powerful thoughts. For men it will be a compulsion, they will stifle in it or they will live – live, as I mean the word … (Architecture) has no consideration for stupidity and weakness. It never serves. It crushes those who cannot bear it… Machines have taken possession of [architecture] and human beings are now merely tolerated in its domain.”

Green Lung was an architectural breathing apparatus; it pumped artificially conditioned indoor air through a series of inflatable ducts to a grape-like cluster of transparent plastic helmets suspended to a pole in the square outside.


Soul Flipper – Coop Himmelblau – 1969
Face helmet that is sensitized to react to movements of facial muscle and skin to transmit optical and acoustical signals.
The White Suit broadcasts video images inside the helmet, complimented by the insertion of smells and the pulsing of the pneumatic vest.

Vito Acconci, (concept artist and architect). Not quite VR, but also early ’90s

Two prominent pioneers of virtual reality were in fact artists/technologists.

Myron Krueger explaining his work and relationship with art and technology

“I know this sounds incredible, but the very first app we ever made on any of the original virtual reality equipment—which included the first gloves for interaction—was to play virtual musical instruments in the air.”
-Jaron Lanier

First VR work, on Jaron Lanier’s equipment
“The piece was conceived for the 3 senses: vision, audio & touch, though only vision, audio and a non tactile data glove could be implemented at the time.”
She has a great website

Works produced at the Banff Centre for the Arts in Alberta.

Computer-based visualizations of her own body which she manipulated and animated to represent decay and reformation. A stark contrast with the rhetoric of disembodiment associated to VR. 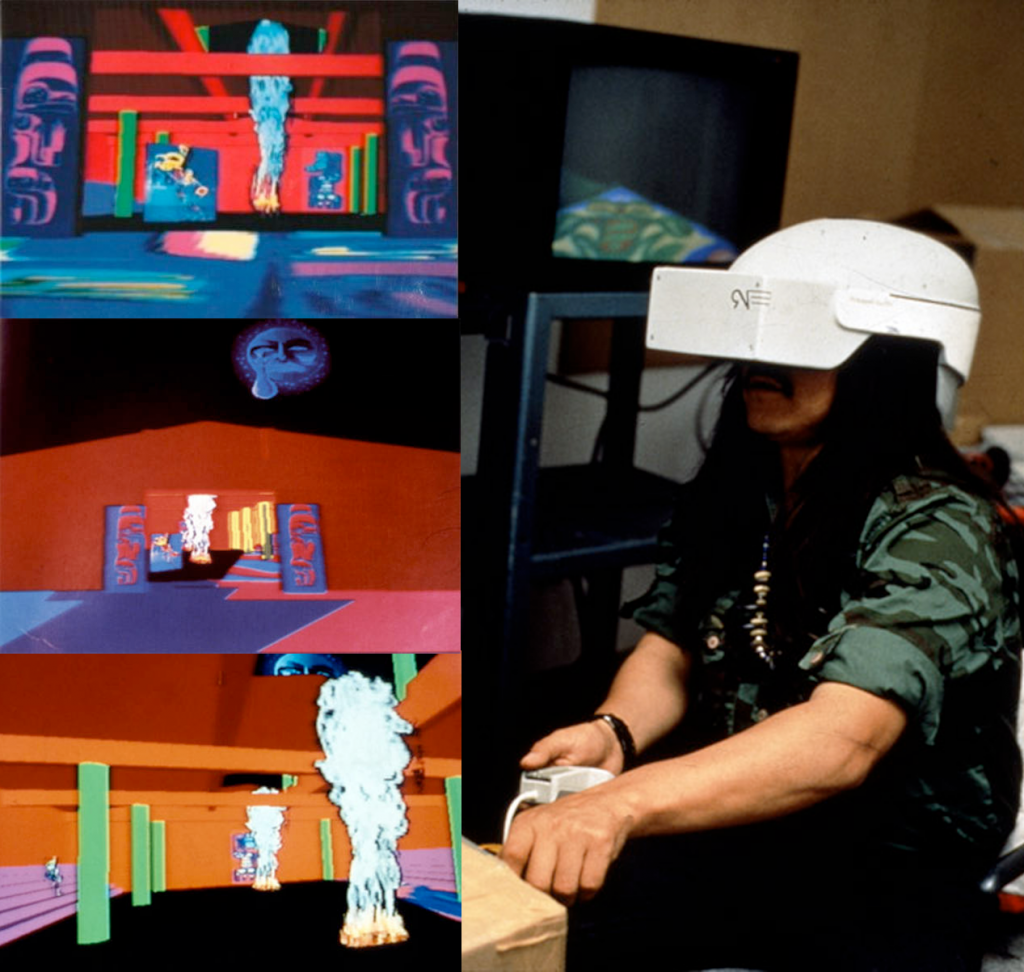 In the virtual-reality “Inherent Rights, Vision Rights” the participant explores a sacred ceremony in a traditional West Coast Native Canadian long house. The long house is occupied by music, fire and spirits, which the participant can interact with. Totem poles and native landscape surround the house, producing a space for meditation with virtual nature and culture.

“It gives you something that you wouldn’t have an idea of if you weren’t Native. I can give you an instantaneous feeling of what it’s like to walk with spirits. Non-Natives cannot experience this otherwise because they’re not brought into long houses. ”
-Lawrence Paul Yuxweluptun

The artist referred to the head mounted display as a “white man’s mask”, at that point so technologically primitive that will end up in museums just like other primitive masks.

Osmose by Char Davies 1995
http://www.immersence.com/osmose
Controlled by breath (sinking and floating) and body tilt.
Breathing interaction to “reaffirm the priority of ‘being in the world’ compared with ‘doing’ things in it or to it.”
Innovative use of transparencies. Background in painting and scuba diver (it shows).
Documentary about the piece here

Meanwhile, dudes were more into the technological aspect

A Topological Slide by Michael Scroggins 1991 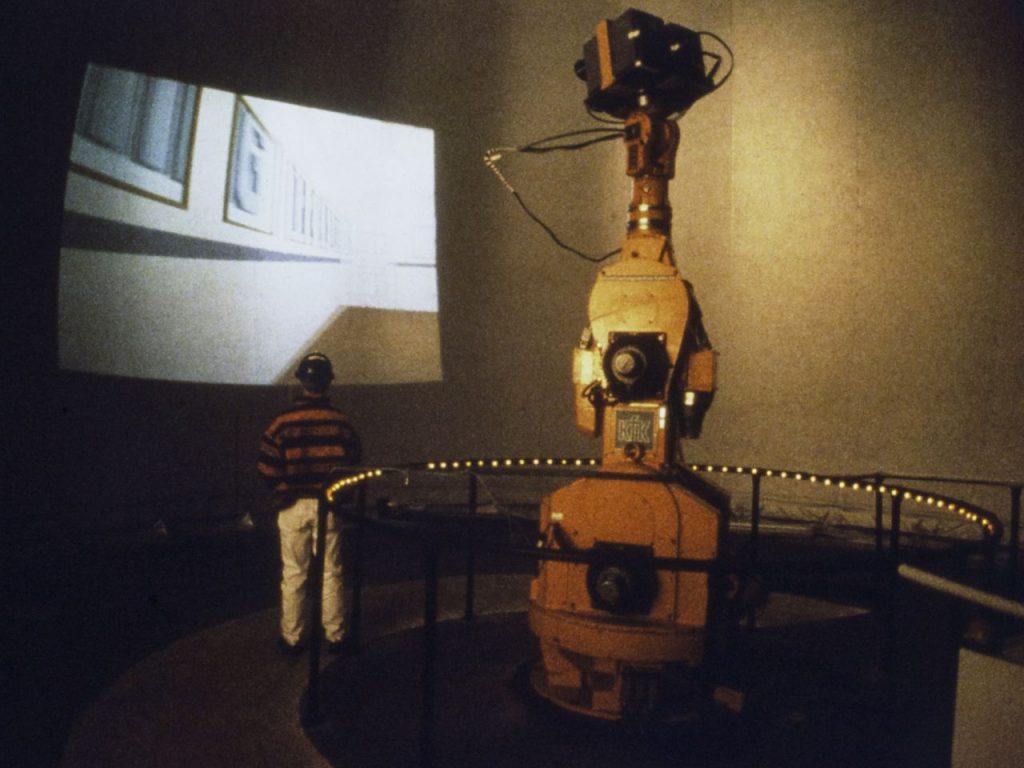