Before engineers start working on a problem, the problem has to be defined.
In tech it usually happens through science fiction.
Sci-fi creates desires and set expectations for technological innovations. VR in the ’90s, was never widely available, so sci-fi played a crucial role in defining the narrative around it.

The Twilight Zone – Where Is Everybody, 1959

Pilot of the series. Talking is a bit of a spoiler.

by Rainer Werner Fassbinder
At a technology institute a new supercomputer hosts a simulation with thousands of AI who live as human beings, unaware that their world is just a simulation.
Revelation: the world in which the simulation is hosted is also a simulation.
Based on the same novel as the movie 13th floor.

“Reality is that which, when you stop believing in it, doesn’t go away.”
-Philip K. Dick

Simulated reality is a very rich thread in fiction (i.e. Philip K. Dick), so I’m going to focus on the prefiguration more specific to VR as we know it.

Programmer enters a computer/computer game, trying to reclaim his intellectual property. Saves the world from self aware AI. 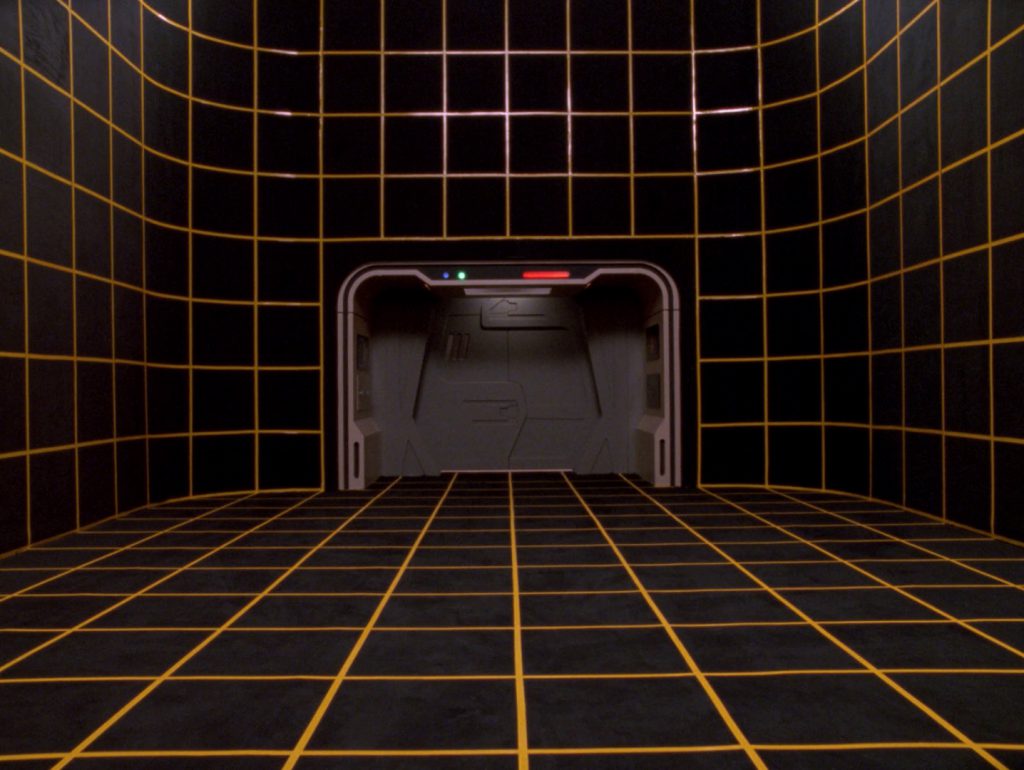 First appearance of the word “Cyberspace”. Starts the cyberpunk genre.

Cyberpunk is more than a literary genre, it links counterculture and the emerging cyberculture of Silicon Valley 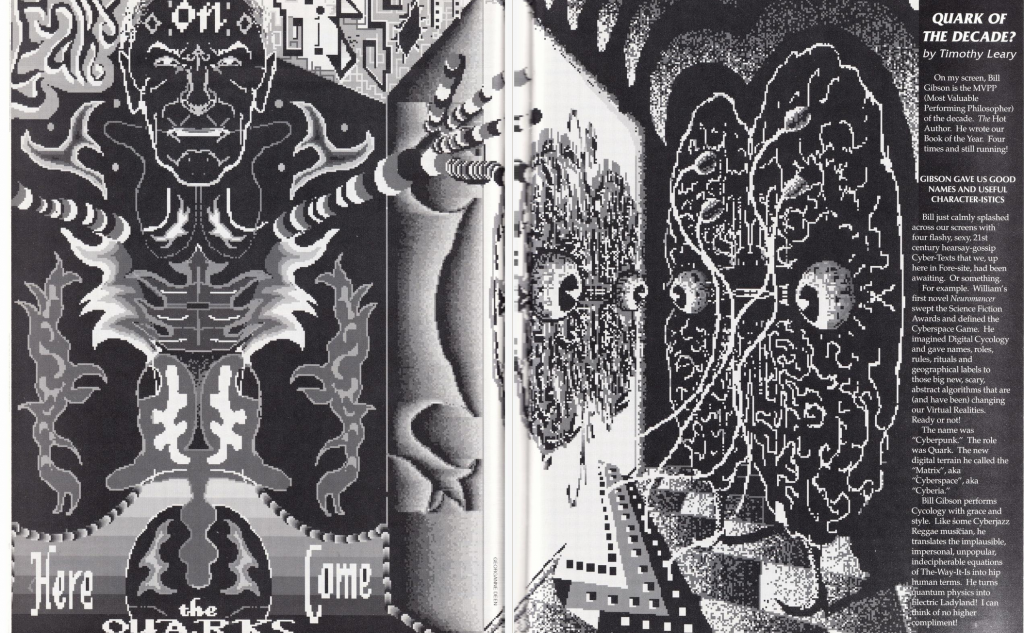 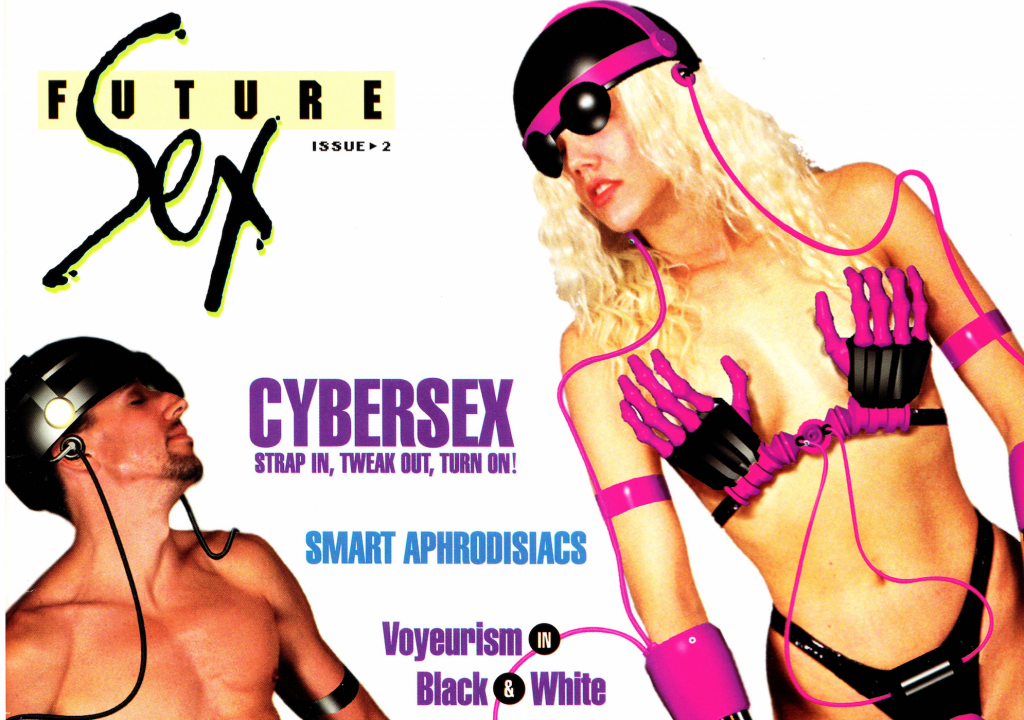 The idea is popular enough to be incorporated in comedy.

Based on a Gibson novel, typecasts Keanu Reeves for Matrix. More about human storage drives.

“…VR provides an excuse for Hollywood cinema to simultaneously indulge in the excesses of such visual pleasures, while distancing itself from the technology that is diegetically responsible for presenting such content to audiences. ”

-Blurring the boundaries of simulation and reality.
Hollywood philosophy: what is reality?
Am I looking at the diegetic reality or the simulated one?

The Entire History Of You, Black Mirror, 2011

In class exercise?
Write a scenario (a few paragraphs) for a non-ironic, non-pastiche movie about Virtual Reality.