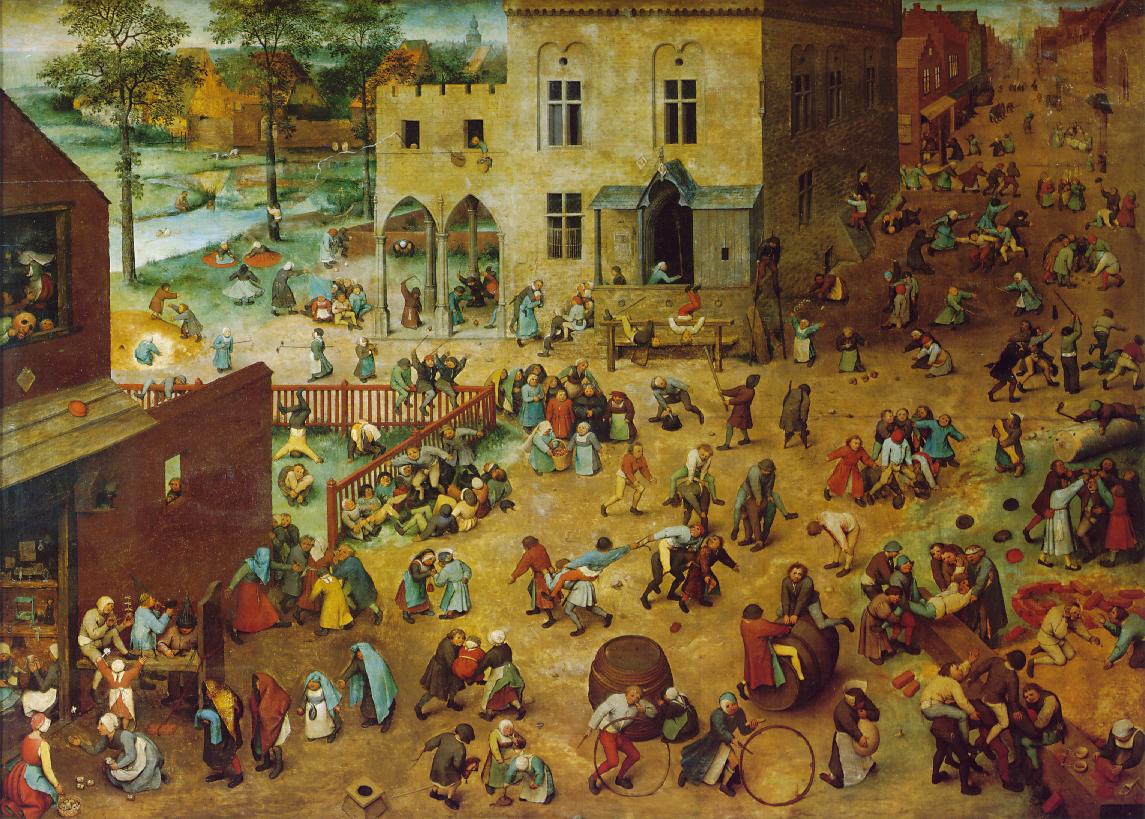 Let’s make a concept map and work toward a definition of games. Brainstorm related concepts and features of games (digital and non digital).

“A free activity standing quite consciously outside ordinary life as being “not serious”, but at the same time absorbing the player intensely and utterly.
It is an activity connected with no material interest, and no profit can be gained by it.
It proceeds within its own proper boundaries of time and space according to fixed rules and in an orderly manner.”
-Jonah Huizinga (1950)

“An activity which is essentially: Free (voluntary), separate in time and space, uncertain, unproductive, governed by rules, make-believe.”
-Roger Caillois (1961)

“At its most elementary level then we can define game as an exercise of voluntary control on systems in which there is an opposition between forces, confined by a procedure and rules in order to produce a disequilibrial outcome.”
-Avedon & Sutton-Smith (1971)

Or his more complete definition:

“To play a game is to attempt to achieve a specific state of affairs [prelusory goal], using only means permitted by rules [lusory means], where the rules prohibit use of more efficient in favour of less efficient means [constitutive rules], and where the rules are accepted just because they make possible such activity [lusory attitude].”

“A game is a system in which players engage in an artificial conflict, defined by rules, that results in a quantifiable outcome.”
-Salen & Zimmerman (2004)

“Games are a series of interesting decisions”
-Sid Meier

Family Resemblance
Ludwig Wittgenstein used games as an example for his concept of family resemblance. What we call games may not have certain common features but rather a complicated network of overlapping similarities.

Some of these similarities are useful concepts in game design 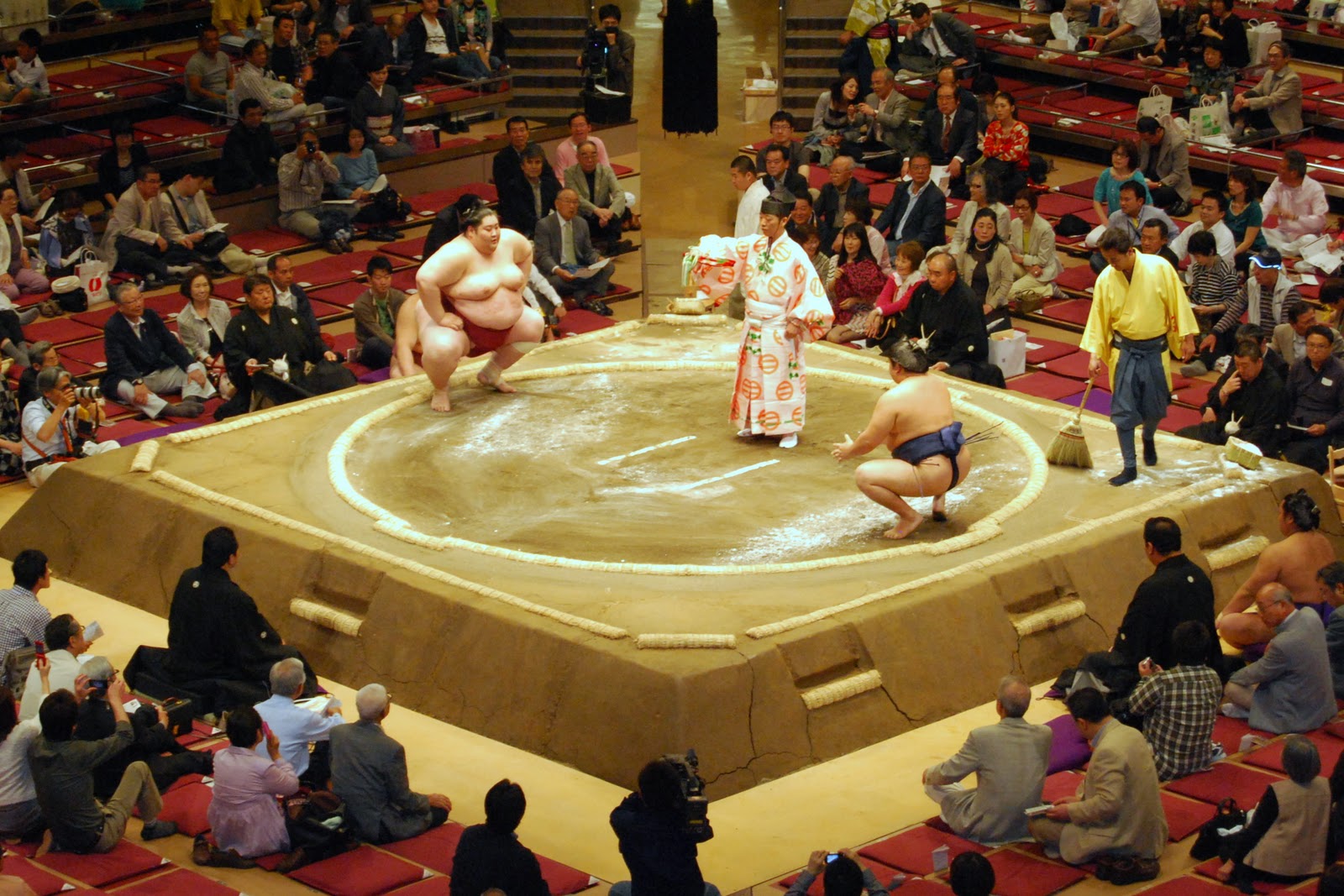 The idea of play as an activity separated from ordinary life, where other kind of rules apply, solidified in the concept of magic circle:

“All play moves and has its being within a play-ground marked off beforehand either materially or ideally, deliberately or as a matter of course. Just as there is no formal difference between play and ritual, so the ‘consecrated spot’ cannot be formally distinguished from the play-ground. The arena, the card-table, the temple, the stage, the screen, the tennis court, the court of justice, etc, are all in form and function play-grounds, i.e. forbidden spots, isolated, hedged round, hallowed, within which special rules obtain. All are temporary worlds within the ordinary world, dedicated to the performance of an act apart.”
-Johan Huizinga

“In a very basic sense, the magic circle of a game is where the game takes place. To play a game means entering into a magic circle, or perhaps creating one as a game begins”
-Katie Salen and Eric Zimmerman

Obviously many games blur the boundaries of the magic circle:

Not only in a physical sense, e.g. Eve Online’s political metagame Can you think of other examples of games blurred boundaries?

Exercise: in groups of 3 pick some games and rate them according to the 4 types of play they are likely to generate. You can rate them subjectively in a scale from 0 to 5. Find some extreme examples. E.g.

Now remix them changing the components as if they were on a slider: what would a slot machine with mimicry look like?

“Fun arises from trying to understand the pattern of a game.”
-Raph Koster

“The truth is, your self knows what fun means. Because you know when something is fun — for you. So start there. Not with trying to define it, because you already have defined it.”
-Bernie DeKoven

Can you think of examples of games centered on these types of fun?

Do players formulate goals all the times? What’s the goal in the Sims? 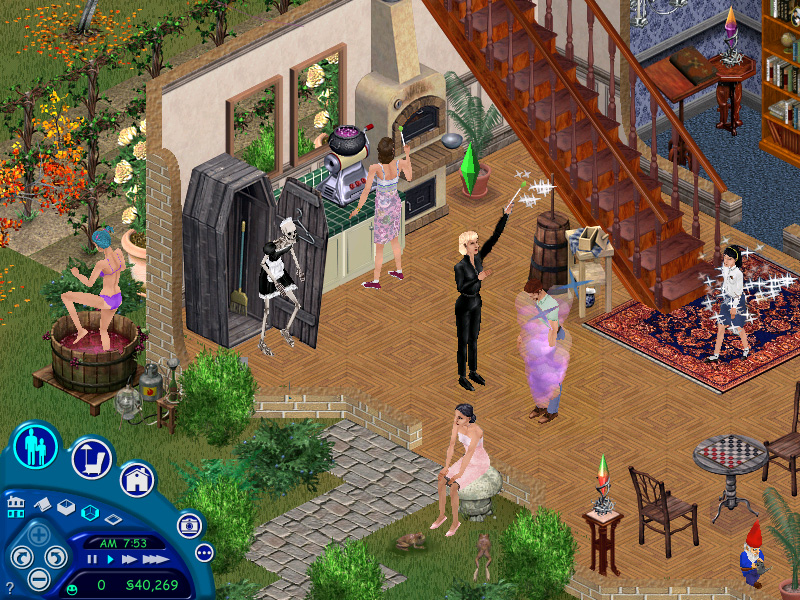