Sound libraries contain recorded (sampled) sounds. You can also generate sounds through synthesizers and use them as raw material for you compositions and soundtracks. 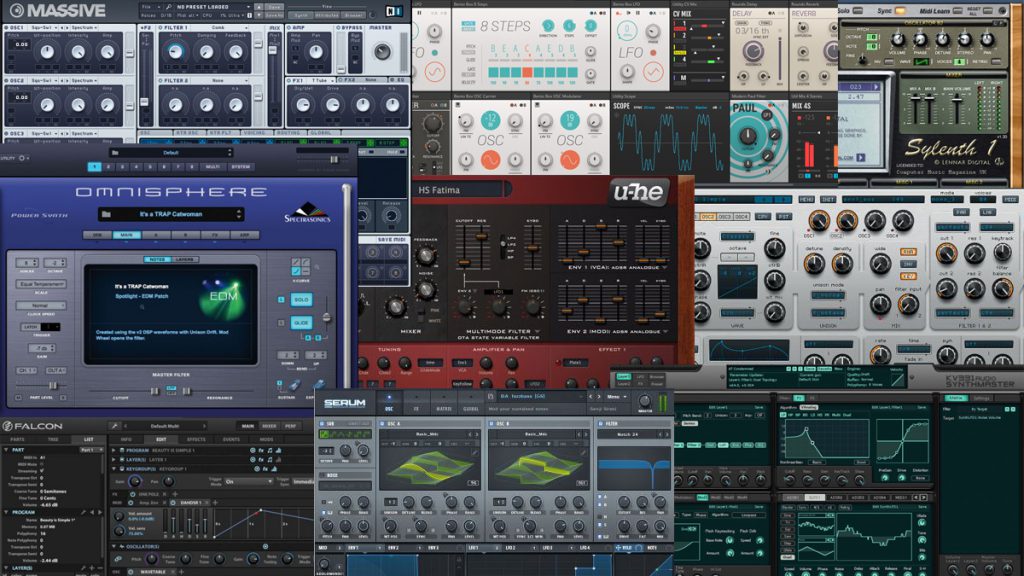 Plugins are rarely free and always require installation (not possible on computer labs) so we are not going to cover them.
However there are a couple of good browser synth you can play with:

*Unfortunately right now there is no easy way to record the sound coming out of a mac while also being able to hear it. An option is to use two computers connected with a 1/4 inch male-to-male jack, one as sound instrument and the other one as recorder.

Field recordings: are recording outside of a studio.
Sometimes it’s just easier to capture a certain sound in the world rather than spending hours looking for the right sample online.
Sometimes, it’s important to capture the actual sound for documentary purposes (think nature documentaries or podcasts). 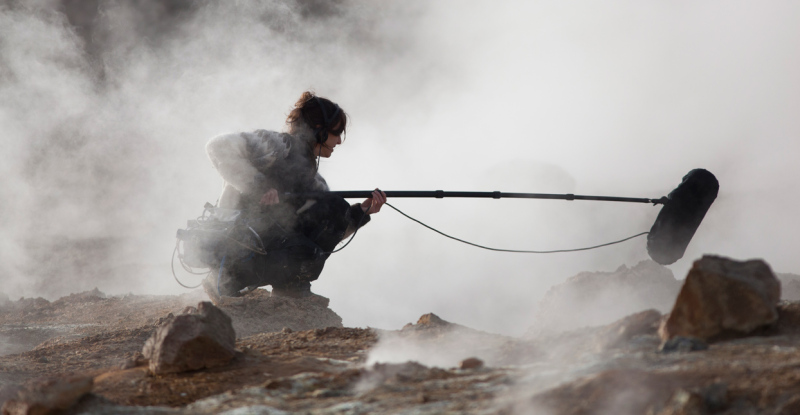 Let’s listen to: Spring Bloom in the Marginal Ice Zone by Jana Winderen

Gear for field recording available to you:
>directional microphones to selectively record a source
>portable recorders to capture stereo sound
>boom arm to get closer to the source
>windscreen aka deadcat to reduce the wind noise
>headphones to actually hear what you are capturing

Studio Recording: done in a specialized facility with high-end equipment. It typically consists of a live room (or booth) for the performers and a separated control room for the sound engineers.
Use for music recordings and radio shows.
Voiceovers and other sound effects are also recorded in studio, although it’s something you can easily do without a sound engineer. 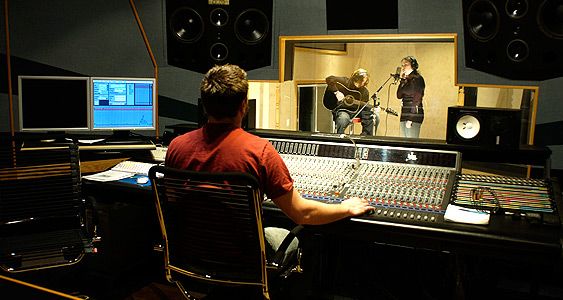 Recording booths are soundproofed (external sounds don’t get in and vice-versa), and sound absorbent (sounds produced inside are absorbed and scattered to minimize reverb).

Foley: a type of studio recording for everyday sound effects in the post production phase of a film or video. They are typically performed in real time for synching, and often employ creative techniques.

Wav, mp3, aiff, ogg are the most common formats. Most of them are compressed but it doesn’t necessarily mean they are low quality. Audition’s default export/save settings for each format would work fine.

Flac files are the least compressed files around and may be unnecessarily big. You can convert them as any of the formats above to reduce their size.

Audition will create .pk files automatically to store metadata like the visual wave representation. They can be safely deleted but it’s better to just ignore them even if they clutter your folder. 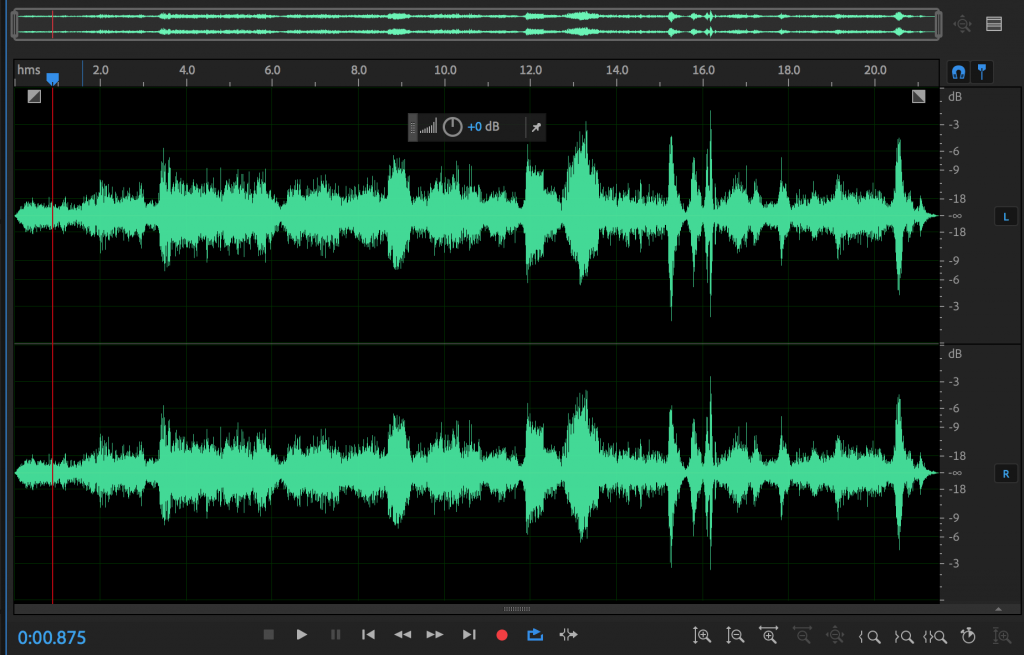 Extract the amen break (or another loop) from: Amen Brother – The Winstons 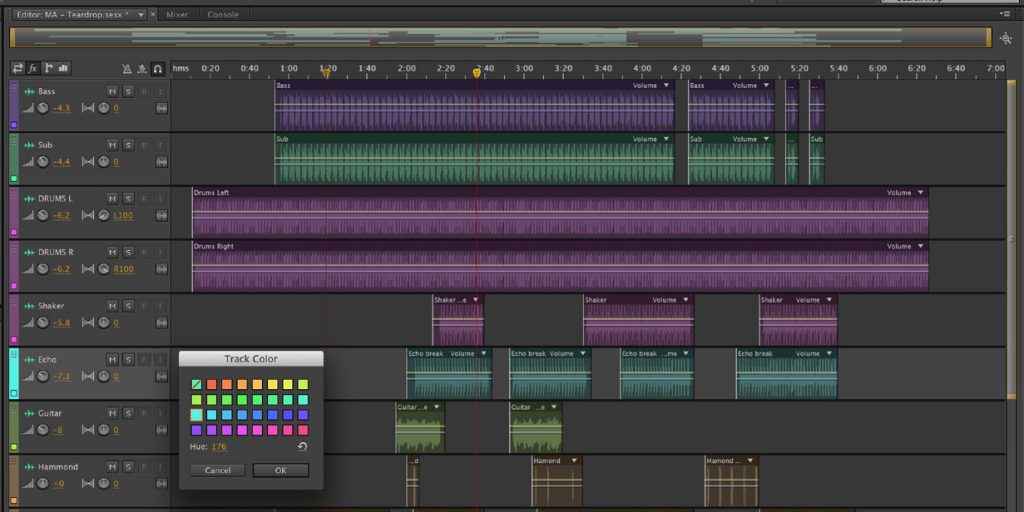 Multitrack projects are stored in a sesx file which does not contain the sounds themselves. Make sure your project files are all in the same folder (like in Premiere).

Combining files of different bit rates in Audition will trigger an automatic conversion, that’s ok, but don’t forget to save the copies.

Layer some other samples over the loop you just extracted. Get rid of (some of) the background noise in voice-raw.wav
Effects > Noise Reduction Tutorial here

Wind can be very disruptive in field recording, even a light breeze may  produce a loud booming sound when captured by an unshielded microphone.
A high pass filter (Filters and EQ > Parametric equalizer) like the one shown below may help reduce the wind noise. You can produce original, complex, outlandish sounds even starting from ordinary raw recordings. There are a multitude of processes and techniques that allow you to radically transform samples. I’m going to introduce only a few common ones that don’t require external plugins.

Any sound can be represented through its spectrum: the individual frequencies that compose it.
Equalization is the process of adjusting the balance these frequencies, selectively filtering or amplifying certain ranges. It can be used to remove noise (e.g. filtering hiss), balance the whole audible range (as in music mastering), or to transform sounds.

Extract a sample and transform it with pitch shifting In telecommunications, modulation is the process of varying one waveform (the carrier), according to a modulating signal (the input).
There are specific utilitarian reasons to do so in radio but the same process can be used as a sound effect.

You can also modulate one sound to another.
Open generated-tone.wav select it all and copy it
Open voice-line-whats-the-point
Go edit > mix paste > select modulate 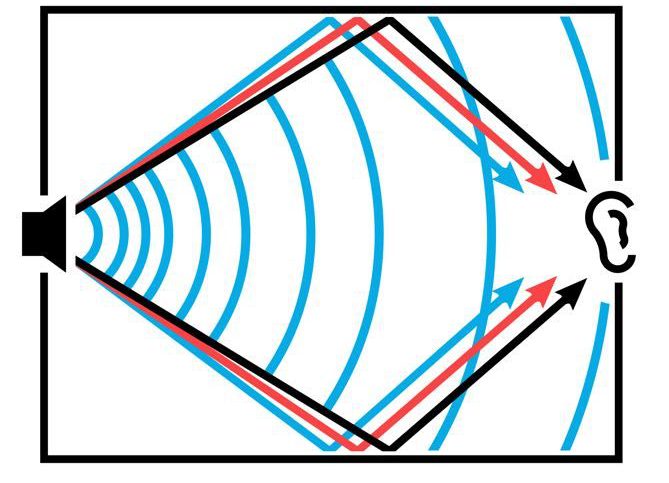 When recording a sound, reverb is generally undesirable.
However sounds without a reverb appear unnatural. Reverb can be applied as an effect to enhance a sound, make it blend with the rest of the composition, or change its spatial connotation.

Open explosion.wav and use
Effects > Reverb > Studio Reverb
To make it sound far away, underwater, or like a thunder

Delay repeats the sound according to various parameters, it can be used to create complex textures starting from a simple sound
Effects > Delay > Analog Delay
(Careful with the feedback)

While clipping (levels on red) is always bad, many forms of controlled distortion are employed in music and sound design to enhance the sound of an instrument or voice, making it warmer, dirtier, or more aggressive.

Effects > Special > Guitar suite
(careful with the levels, it can get loud)