How to work with analog sensors, Arduino and Processing.

A sensor is a device that measures a physical quantity and converts it into an electric signal. They can be analog (working like potentiometers) or digital (working like switches). Some examples of analog inputs.

Potentiometer
To introduce the analog input we are going to use a potentiometer. It’s sometimes referred as “pot” by people who don’t smoke weed.
They are usually trimmers (think about the old radio knob) or sliders (think about a audio mixing console).

This is the symbol used in the schematics:

It looks like a resistor because it is a resistor, a variable one. The third pin (W in the scheme) is mechanically movable and correspond to the angle of the trimmer or the position of the slider.

This is the basic way to hook it up:

Potentiometers have 3 leads, the 2 one (usually in the middle) is the one to probe as analog input. The other two should be connected to +5 and mass.

Analog means continuous value as opposed to digital where you have 0 1, LOW HIGH, 0V +5V.
In the Arduino environment it’s an integer value between 0 and 1024.

Note that Arduino has a special set of pin to detect analog inputs marked as A0, A1, A2 etc.

The orientation of the potentiometer will determine the relation between value and know/slider position, try to invert it and see what happens.

In this variable blinking exercise the pot is controlling the delay therefore the blinking speed.

Replace it with the flex sensor, it should work the same way.
(this circuit has a pushbutton as well, that’s a digital input).

Photocell are basically resistors that change its resistive value (in ohms Ω) depending on how much light is shining onto the squiggly face.
You can use in a laser tripwire.

The instructions to make arduino talk to Processing through Firmata are here.

2- Run Arduino, open the Examples > Firmata > StandardFirmata sketch,
and upload it to the Arduino board.

4- Run the processing sketch below.

//import the libraries for serial communication //and for arduino/firmata specifically import processing.serial.*; import cc.arduino.*; //this object class Arduino //represents guess what? Your board Arduino arduino; //like in an arduino sketch it's good to //use variables for pin numbers int buttonPin = 13; int sensorPin = 0; void setup() { size(500, 500); smooth(); noStroke(); ellipseMode(CENTER); //the arduino object needs to be created at the beginning arduino = new Arduino(this, Arduino.list()[0], 57600); //once it's created I set the pin modes arduino.pinMode(buttonPin, Arduino.INPUT); arduino.pinMode(sensorPin, Arduino.INPUT); } //we are in processing so the main function is draw (not loop) void draw() { //read a digital value from the button pin int digitalValue = arduino.digitalRead(buttonPin); //change the background accordingly if (digitalValue == Arduino.HIGH) background(255); else background(0); //read an analog value from the sensor pin int analogValue = arduino.analogRead(sensorPin); println(analogValue); //print it for testing purposes //draw a red circle ellipse the size of the analog value fill(255,0,0); ellipse(width/2, height/2, analogValue, analogValue); }

Try to combine this with knobs (aka potentiometers).

Processing to arduino without Firmata

You can write your own serial communication protocol without using Firmata in case you have very special needs.
Here’s an example with two analog inputs to processing.

Similar to what you have on the wii or iPhone. Senses acceleration in 3 axis, if calibrated detecting the inclination on a plane.
Follow the instructions here 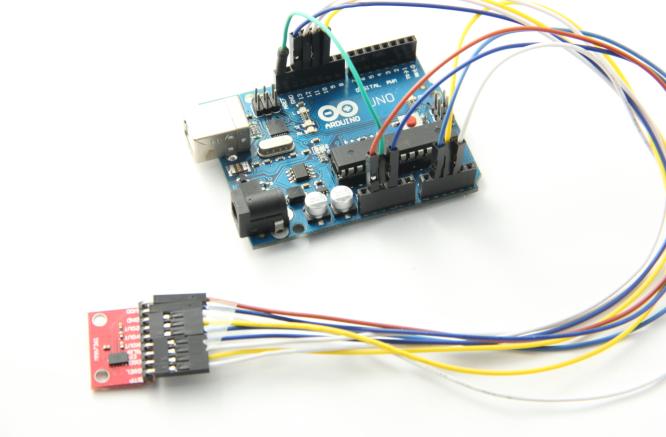 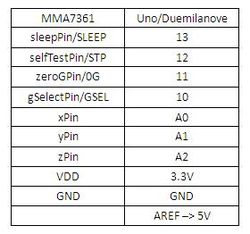 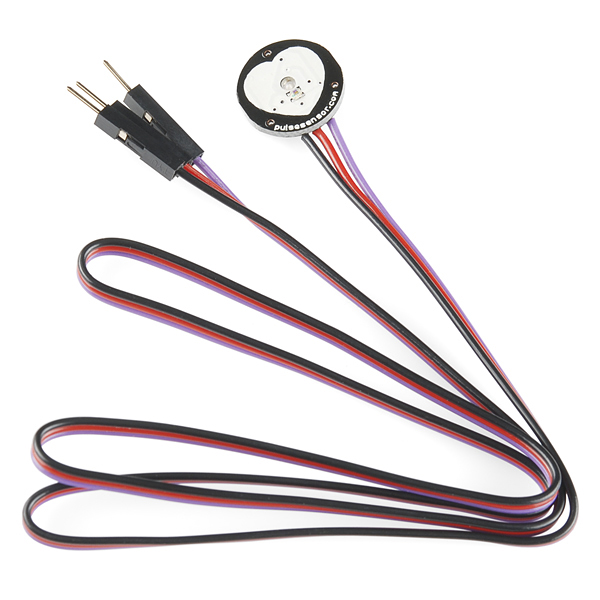 This sensor is well documented.
Refer to the links and example files here