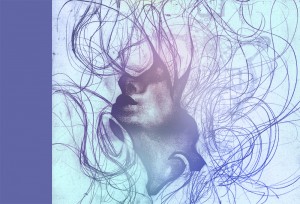 First Idea: You have become reacquainted with a girl from your childhood, now in her thirties. She is a singer and has achieved national success, but has not released an album in several years. She is on the brink of committing suicide and has come to you as a last-ditch effort to save herself. You can learn about the cause of her desperation, and attempt to talk her out of it, or allow her to continue. The character design is meant to express her state of mind. 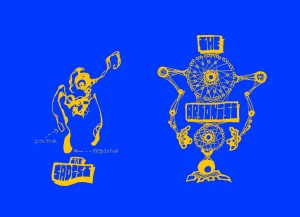 Second Idea: You are a recent immigrant to an Eastern European town in the 16th century. You learn that the image of the Hellmouth, a Satanic icon, has spread throughout the continent. Some believe that by destroying the physical manifestation of the Hellmouth, located somewhere in the countryside, one can restore order to the turbulent monarchy. You meet a pair of strangers who are not human, who claim to be knowledgeable about the Hellmouth, and have a conversation with them in order to learn more about the nature of the Hellmouth and of Christianity.

(Speculative) Third Idea: You are a sadist and capture a girl from the street. You lock her in a box and threaten to bore a hole in her forehead if she doesn’t answer your questions. The ostensible goal in this game is to first get the girl to reveal information about her personal life (e.g. her beliefs, family, address, desires, etc.) and then to get her to renounce each of them, psychologically scarring her. You want her to degrade herself and reject her values. If she either goes into a complete mental breakdown, or stands up for herself and refuses to talk to you, then the game will end. The purpose of this game is to 1) explore a lopsided power relationship and to 2) make the player feel uncomfortable in the role of the protagonist, which may prompt them to deviate from the goal.