Music:
‘To Build A Home’

One Liner:
Experience the life of sockeye salmon,  who struggle to survive and die after spawning –  making it a moment of death along with birth.

Description:
Salmon go back to the origin of a river every 4 years to lay eggs. They hide their eggs under rocks, but a lot of these eggs get eaten by other fish. The eggs would then turn into small fish, and these fish try to survive amidst predators in the form of birds, bigger fish, bears, and humans. They spend a year in the river and on an average, only 1 out of 4 survive. After a year, they go to the sea, spending 3 years swimming around the pacific ocean. The environment at sea is even more dangerous than the river, so after 4 years, only 1 in 10 survive.

After 4 years, they go back to their birthplace, and have to swim up the river to do so. Some of them lose their beautiful scales in the rapid stream, and they have to keep swimming without eating anything. The huge group of fish that swims back also attracts a lot of predators. Many of the fish die before they get back, and those that do finally get to the destination mate, spawn and exhaust themselves, and then all die.

Born orphans, die childless. But there is always hope and something worth fighting for in their lives. Sometimes human live less than a fish, staying at the same place, doing the same things everyday, locked into a routine, or one way of thinking, living without a goal. The hope is that the audiences could get inspired by the salmon.

Character:
The player controls a male sockeye salmon with shining red scales.
The female character is a shining yellow salmon that swim following the male character.

Games:
Control a group of eggs -> a group of small fish -> one mature male fish -> meets a female fish, and she swims surrounding the character -> swim up to the river -> mate and spawn -> die together -> new eggs.

1. At the beginning of the game, a group transparent orange/red eggs float in the water. The player controls the water and move those eggs, protecting them from other fish.

2. Eggs turn into small fish. The player control them to swim around, protecting them from bigger fish, birds, and bears. 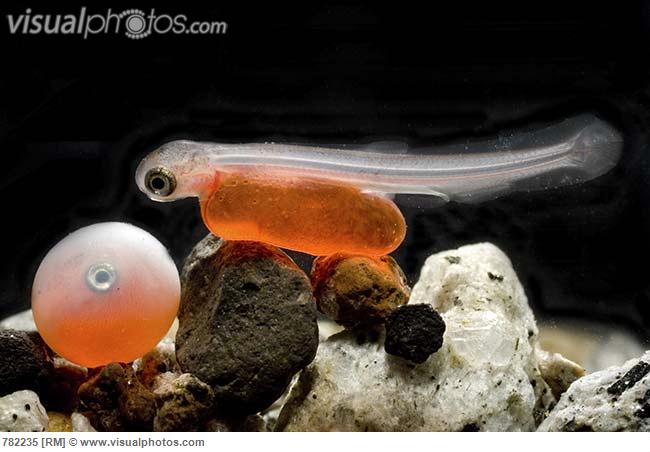 4. The salmon group gets to the entrance of the river where they grew up. The stream is rapid. The player has to keep pressing the keyboard to swim up to the river, and it gets harder and harder because the character is getting exhausted. Some of his friends die on the way home, caught by predators or getting too exhausted.

5. When they finally get to the river, the character and his girlfriend mate and spawn. Then they both die. 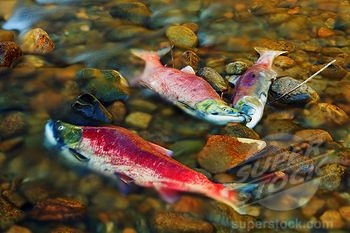 6. Slowly, one, two and more eggs float up. The player can control them. Then the screen fade into black when the music ends. 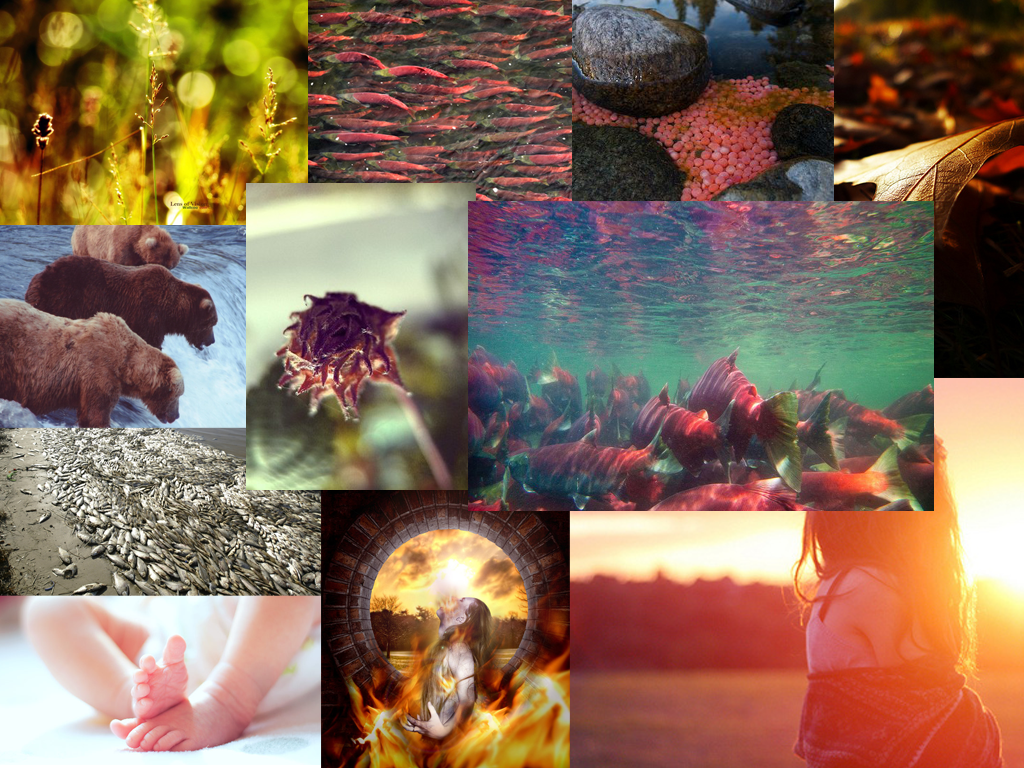 p.s. My original plan was Unity, but I think it was over-scoped. Don’t think I can finish it like this by myself. So I’m considering changing the platform or changing to 2D. Anyone who want to join is welcomed. Any suggestion of how to make this in a easier way is welcomed as well. Thanks : )