So I have two prominent ideas for the final project, each of which are centered around their own central game mechanics.

Idea 1: Drawing game, temporarily called Poltergeist. The idea is that you are, well, a poltergeist, and within a certain range around you you have the ability to manipulate matter. How we actually implement the mechanic is something that will take some more experimentation, but here is a screenshot from an existing prototype from last year: 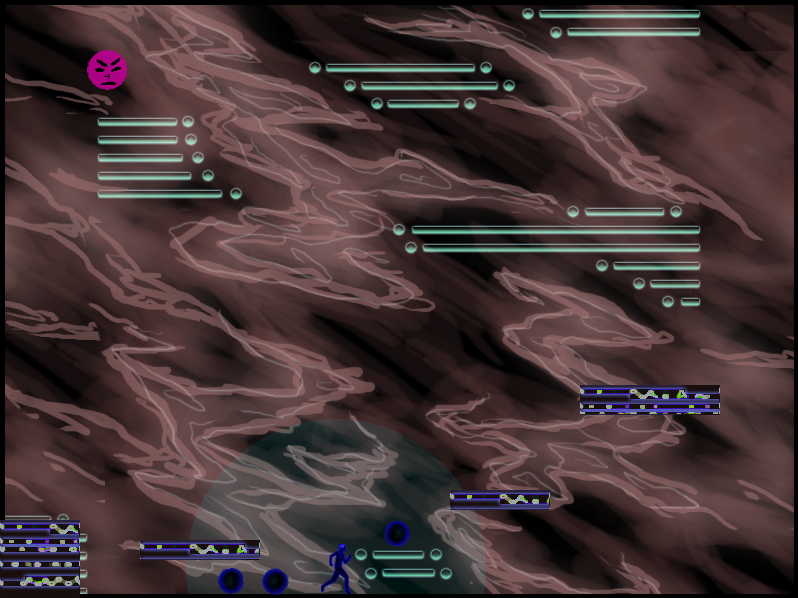 Yeah we would probably scrap the prototype and start over. For the final version I’d like to see as much drawing control as there is in something like crayon physics, but backup implementations could include dragging corners to create shapes or designing the environment such that you can only interact with certain objects.

Idea 2: Online multiplayer game. Here’s a screenshot from the hackathon that I participated in last weekend: 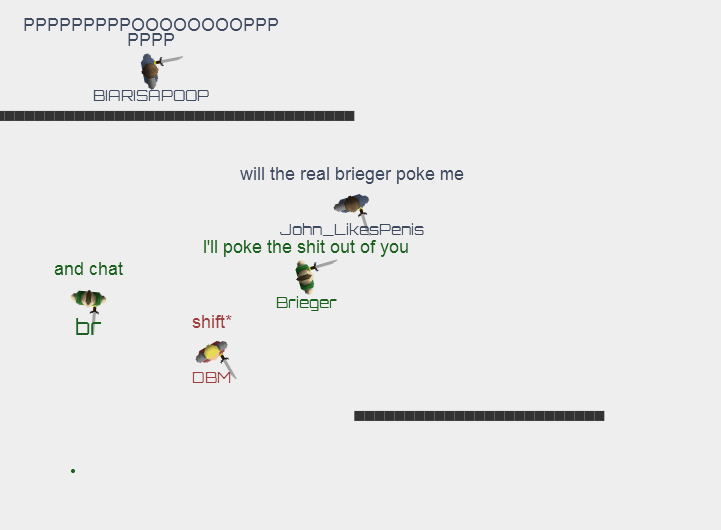 The back-end for this game is almost done, and allows any number of players to connect to the server, move around, and chat. The front end is currently a top-down game, building toward a multiplayer action game, but could fairly easily be changed to a different idea. I’ve put about 20 hours of work into this, but most of that was on the back end so I don’t have a solid pitch for today. I probably want to build on this in or outside of class though.