Description: Pakaplunk is an atmospheric top down platformer which utilizes depth. As the ball rolls over the tiles, the ambient background music evolves and a collage of colors is formed, painting a multi-layered sprite in a visually striking way. 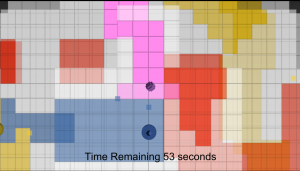 In this game you are therapist who uses the R.E.M to explore the inner consciousnesses of your patients and release them from their mental fatigue. The game plays out from a top-down perspective, where you navigate up and down the layers of your patient to treat them.

Additional Notes: NO PUZZLES, Modular Room layout/structure, you go up and down often. May switch from dream concept to just talking about Neural Nets in Computer Science

With this project I’m trying to be able to successfully present the illusion of depth in a 2D space. In general, many many games are content with restricting the player to a single plane of movement, rarely giving them the sensation of falling or rising through “layers” of the space. With this game, I want to be able to convey the sensation of actually ascending or descending through a level and to use that feeling to communicate a sense of progress. The parameters of success will be primarily the effectiveness of the illusion and whether or not moving up and down these layers feels seamless

Lucas Pope is an American independent game developer who has experienced all facets of the gaming industry. He began his career creating mods for Quake with his friends, an endeavor which became a commercial product and led to the founding of their own independent game studio Ratloop. He would later go on to become a tools programmer at Naughty Dog, before leaving after the completion of Uncharted 2. He now is a fully independent game developer, participating in Game Jams and working on commercial projects. He has gone on record to say that he prefers working on small, experimental games.

“Lots of indies just work on something forever, but I don’t want to do that because I lose interest and wanna start working on some others things”

Republia Times is a game where you work as an editor for a state run newspaper. Here, you are tasked with choosing articles to place in the paper, choices which affect the population’s loyalty to the government and the readership of the paper. Though the game is somewhat overshadowed by its “successor”, Paper’s Please, the game established the narrative/gameplay tropes in its sequel.

“What I found making this game is that this communist setting or this dystopian, fascist setting works nicely for game mechanics because you can tell the player, ‘you have to do this’. There’s not a whole lot of questioning of, ‘why?’. ‘You have to do it because that’s how we fucking run things here, we tell you how to do it and you do it’.”

By far Pope’s most popular game, you act as a border control guard of the nation of Arstotzka. Your tasked with ensuring that only eligible citizens are allowed to pass into the country, whilst balancing moral quandaries and maintaining your family’s well being. During my time with the game, I was surprised by the complexity of the document analysis system, while at the same time appreciating the visceral and real feeling it gave to your actions. The very tactile nature of the interface and the pacing also made some scenarios surprisingly uncomfortable.

“I’ve already worked on it for a year and four months, so it’s already to me like, I’m kind of sick to death of Papers, Please.”

The Return of the Obra Dinn:

Pope’s latest game, only available in incomplete demo form. In this game, you are tasked with investigating the Obra Dinn, an indian trade vessel that was lost at sea. Unlike other games, Pope started with the visual  with aspects of the game rather than the gameplay design. The game only has 2 colors in it’s palate, black and white, a trait which limited the environments and scenarios that he is able to do. I spent a good chunk of the demo not really understanding what was happening, but with a bit of experimentation, the intrigues developed on their own.

***Spoilers: The gameplay is that you peek into past events and try to piece together the fate of the crew of the Obra Dinn***

“On projects, I swing one way or the other, and I swung far in design for Papers, Please so I want to swing back the other way for visuals on Obra Dinn.” This game looks into the various nuances and stresses of public speaking. One mistake and your future can go up in flames. 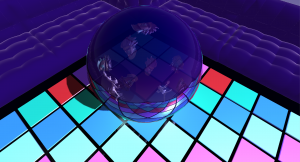 I decided to go overboard and try to create a fight scene in Unity communicated only through reflections.

The model you see is the free asset Unity-Chan: https://www.assetstore.unity3d.com/en/#!/content/18705

The process of playing Mario party typically goes something like this. Everyone begins on even footing, a few players use their skill to win a bunch of minigames, tensions build as players struggle over the precious few remaining resources, and after the final turn, just when it seems like everything is set in stone, bonus stars come in and turn around all of the rankings.

To play Mario Party is to go in with the expectation that you control your own fate, only to be devastated by the RNG gods. In order to “misplay” Mario Party, I figured, why not skip all of the drama, and let the chaos of randomness do their magic.

To do this, I set up a bot which auto played Mario Party 7. In the true spirit of random numbers, the inputs that the bot uses are determined by the lottery results collected over the last 15 years. The lotteries used were Powerball (P1), MegaMillions (P2), EuroMillions(P3), and SuperEnalotto (P4). Because the bot only pressed functional buttons (A, B and the directions), accommodations were made so that mini-game instructions were never displayed.

The result of the bot controlling 4 players can be seen below.

The results of this are fairly entertaining on their own. We learned that remarkable skill is needed to play some of the minigames (in many instances the games timed out and ended in a tie), and that the developers though far enough ahead to ensure that players are never trapped in mini-game hell. In addition, without the instructions, many games were hardly recognizable, which perhaps speaks a bit about how forgettable some of these mini-games were.

That said, this on its own wasn’t quite satisfying. Since all the AI’s were equally bad at the game, there was no feeling that “luck” played a real role. I then ran another session of the game pitting the Powerball, MegaMillions, and EuroMillions AI against Mario Party’s Weak AI.

This provided a bit more excitement. For one, it was endearing watching the lottery AI’s struggle to compete with the weak Mario Party AI, and it was all the more satisfying each time they triumphed with the help of dumb luck. In addition during the partner games, it was equally endearing watching the Mario Party AI try to carry the lottery AI to a win. The excitement at the end was heightened even more, as even though the weak AI had a significant lead, the final bonus stars almost gave the Powerball AI the win.

Misplaying the game in this way revealed a bunch of things. For one, the investment in the game itself was the highest during the moments of actual pure chance, and that a skill gap between the players can in of itself provide a source of drama and entertainment.

Side Note: There was a take where the Lottery AI’s ended up winning (with some impressive clutch plays), but that footage was sadly lost :< 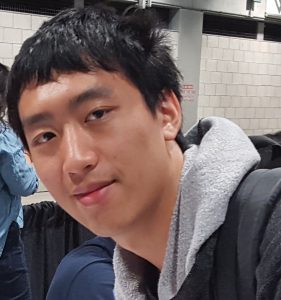 Hey everyone, my name is Roger Liu.

I like all sorts of video games! Fighters and Metroidvania like games are what one would call my niche, though my favorite parts of games are those which utilize the interactive nature of the medium for clever tricks and unique experiences. Moments like the [REDACTED] section in Metal Gear Solid 2 and the [REDACTED] boss fight in Undertale are what I’m talking about.

I lack a profolio, but I have a bunch of links to things that I’ve done at Game Jams and through GCS (Game Creation Society). Though my asset generation abilities are rather lackluster, I make up for it through ideas and code that can scale to match it (>^_^)>

http://globalgamejam.org/2016/games/soul-mates (This won a thing at last years jam :D)