Game studios generally produce design documents detailing all the features they want in a project. You can find plenty of examples online. Given the small teams and the experimental nature of the project I prefer to let the projects evolve more organically over the semester.

Instead of a detailed document I’d like you to define up 3 to 5 “design pillars” for your project.

You should start discussing them today but take more time to think about it and post them on your channel before next Friday.

“Design pillars” is a recent buzzword in game development (it was popularized by this article) so you may not find a lot of examples. Here are some both from the developers themselves or extrapolated (less interesting): 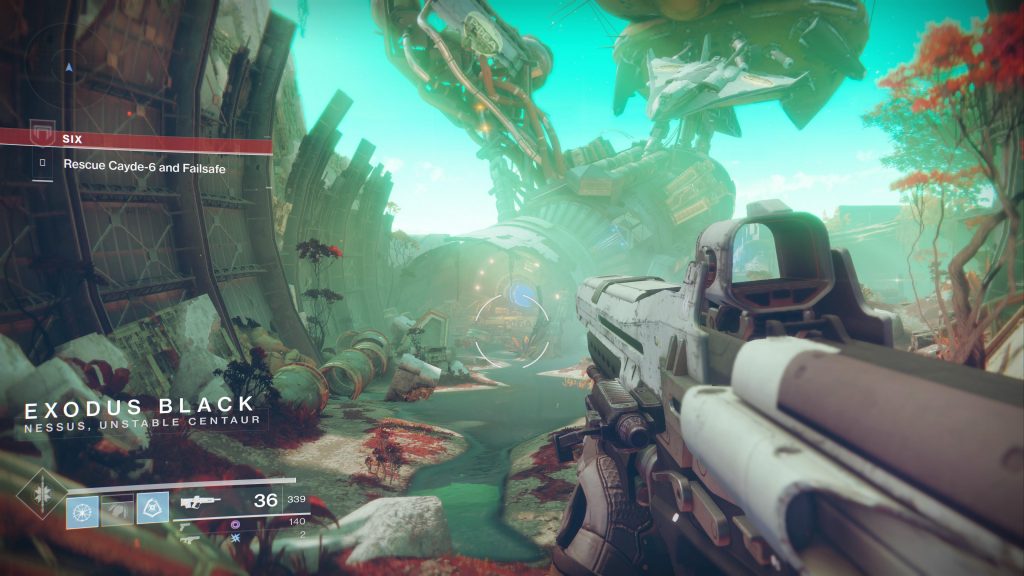 A World Players Want to Be In
Jason Jones: “This pillar really influenced us early in development. Is this world cool? Do I want to stay here? Do I want to learn more about it?”
Joseph Staten: “One lesson that’s critical is that the most important stories we tell aren’t going to be told by us. They’re going to be told by players – their personal legends built from shared adventures.”

A Bunch of Fun Things to Do
(after describing a three-man dungeon run in detail):
Joseph Staten: “And just like that, The Dust Palace becomes part of my story. The breadth and depth of Destiny’s world encourages me to find my own adventures. It’s a place where I can leave my mark.”

Rewards Players Care About
Jones explained how the game will have “a lot of great things to earn, find, and make,” reiterating that “everything you do in Destiny earns rewards.” Besides unique weapons, every piece of your kit will be your own, from your helmet to your cape to your armor pieces to your face. Their goal, he said, is to keep players coming back “day after day, week after week, month after month, [and] year after year.”

A New Experience Every Night
Jason Jones: “Imagine you could spend an hour and accomplish something, but you get distracted from doing the thing you meant to do when you logged on. Every time you sit down to play Destiny you have a different experience than last time.”

Shared With Other People
Jason Jones: “Everything that’s fun to do is more fun to do with your friends.’”

Enjoyable By All Skill Levels
Jason Jones: “All core activities can be enjoyed by a novice player, that’s not hard. What’s hard is keeping it interesting for your advanced players.”

Enjoyable by the Impatient and Distracted
Jason Jones: “Players don’t want to work hard, they don’t want to read, and they don’t’ want to go to the Internet to figure out our bullshit.”

Economy
Asynchronicity, allowing players to collaborate across time and space,
Discoverability, making it easy for players to find the information they need about how to participate in the economy.
Involvement, incentivizing players to work together, especially between different levels of experience.
Organization, allowing players to organize labor seamlessly through the interests of many parties, with lots of data on progress and economy state.

Ecology
Visibility, players should be granted powerful tools (the stats system) to understand how the ecology system works and how players are influencing it.
Impact, simulated features are highly reactive to the actions of players.
Diversity, promoting the usage or more far-spread regions of the world, increasing needs for transport and collaboration, and allowing for myriad complex effects from different biomes.
Existential Threat, the ecology needs to be capable of dying and creating a losing world for players due to their actions.

Government
Ease of use. All players should be capable of understanding and using the system.
Power. Many different and deep structures of government should be possible with the system.
Created by Players. Government should be both run and constructed by players, allowing them to form it as a solution to their problems in the economy and in interactions with the ecosystem.
Meta-Game Support. Promotes the positive interaction of players in the meta game (active players coming and going, property arrangements, etc). Serves to handle problems that occur not just in the game but in the meta-game.
Transparent. The workings of government should be available and in fact highlighted for all players to see and participate in.
Iterative. The government should be expected to change throughout gameplay, not simply be created once and run forever that way.

The Last of Us 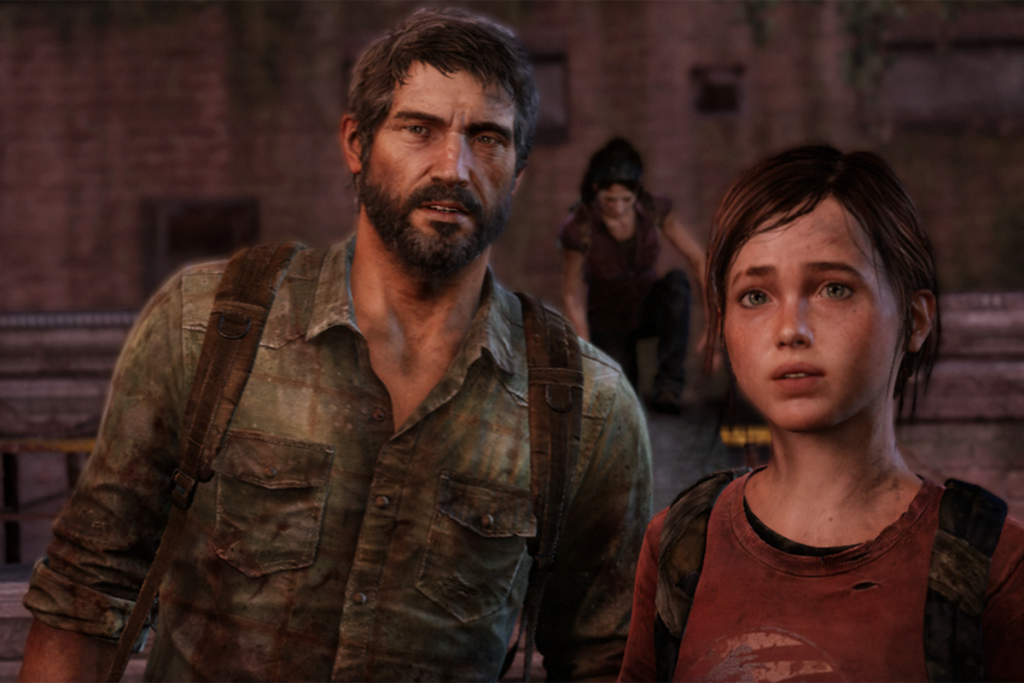 Crafting: Along the videogame, there are a lot of abandoned objects for all the map. So, for making a good progress, crafting with this dump objects are necessary.
Story: As the most of Naughty Dog’s videogames, the Story is one essential part in The Last of Us.
AI partners: The game is all about building a relationship between the player’s character with the AI partners you meet throughout your journey.
Stealth: Combat is used in this game, but if you avoid it, the game can be a lot easier and comfortable. So, the player is encouraged to play more stealthily.

Legend of Zelda: Breath of the Wild 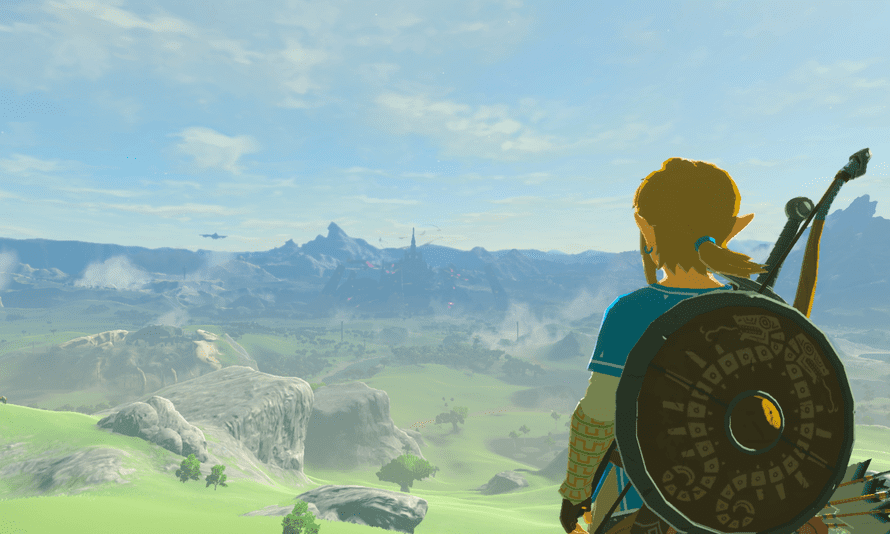 Exploration: Players are encouraged to explore, by being able to go to any area they wish whenever they wish (Once they have finished the tutorial) the designers have hidden certain information from the player compared to Ubisoft open world games, where they litter the player’s HUD with side missions. Meaning players have to look for these.
Traversal: BoW offers so many modes of transport, each being as fun as one another. From, climbing, swimming, running, paragliding to the amazing shield surfing. Moving through this world is made into a fantastic experience through the diversity and (sorry for lack of a better word) fun of the movement in the world.
Scavenging: Players are constantly needing to go through the world and search for items. From weapons which break after a few battles, to the food players must use to regain health or help them traverse through all kind of environmental hazards.
Options: This game is praised all around for a number of options that are given to the player. From multiple ways to solve puzzles to the combat scenarios or how the player makes their way around the world. Anything the player can think of in terms of trying, the most likely will be able to do it. Compared to most games, there is no one way to solve the issues, which is laid in front of the player.
Combat: I see this as one of the lesser pillars for this game personally. Now you have loads of combat in this game and a number of enemy types but again my personal opinion is that the combat is not the most amazing combat system out there. Still, it is a pillar as this is how you interact with most creatures in the world

Crypt of the NecroDancer

Music and Rhythm: The essential mechanic in this game consist in following the rhythm of the music.
Items and weapons: CotN has a big variety of weapons and items.
Enemies: From bosses to minions, this game has a huge amount of enemies with different skills and movements.

From this page, presumably not internal 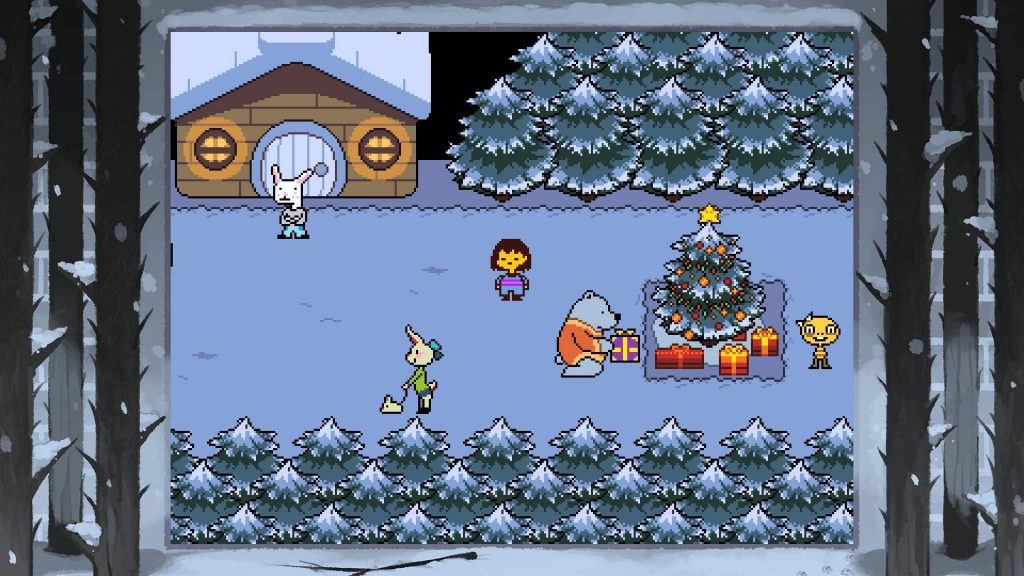 Narrative: Even if it doesn’t look that way, the most important in Undertale is not the “tale”, it’s the way how it’s told. The rhythm of dialogs, events, music.
Combat: each enemy has a different fighting minigame related to the character.
Characters: During the game, the player will meet a lot of different characters. Enemies, bosses, NPCs… all have a different personality and are unique.
Choice: Undertale is a game that gives you the chance of forgiving every beaten enemy. This choice determines the story and what kind of player you are.

From this page, presumably not internal