The term interaction is a bit fraught and overused, everything that runs on computers is interactive.
Media theorist Janet Murray popularized the idea of agency, which is a bit more specific and useful for our work. 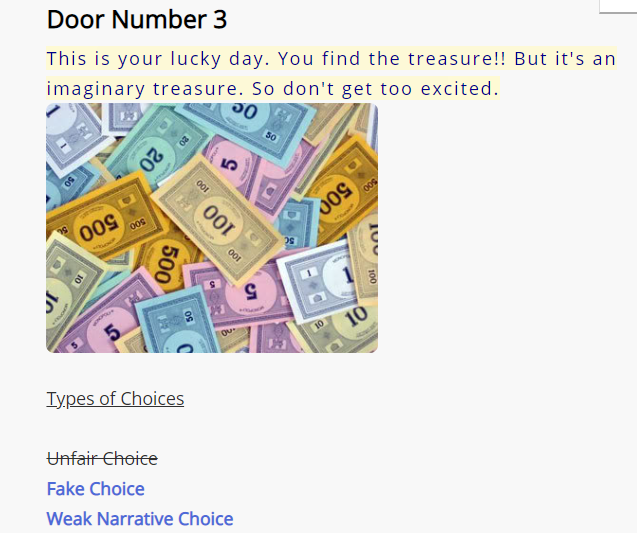 What are some of the choices the player needs to make your game? List them.
What kind of choices are they?

Non linear and interactive stories predate games but this role emerged only recently the field of videogames.

We will prototype our narrative structure as a kind of branching story (as in a CYOA / hypertext game) and the first issue you’ll encounter is that agency tends to get out of control: 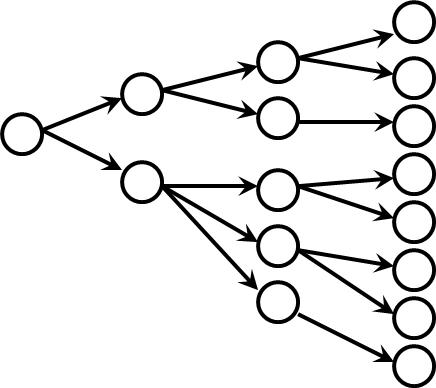 The problem with pure branching stories: they become exponentially complex.

The most common solution is to limit the branching structure.
Or to add a lot of dead ends: 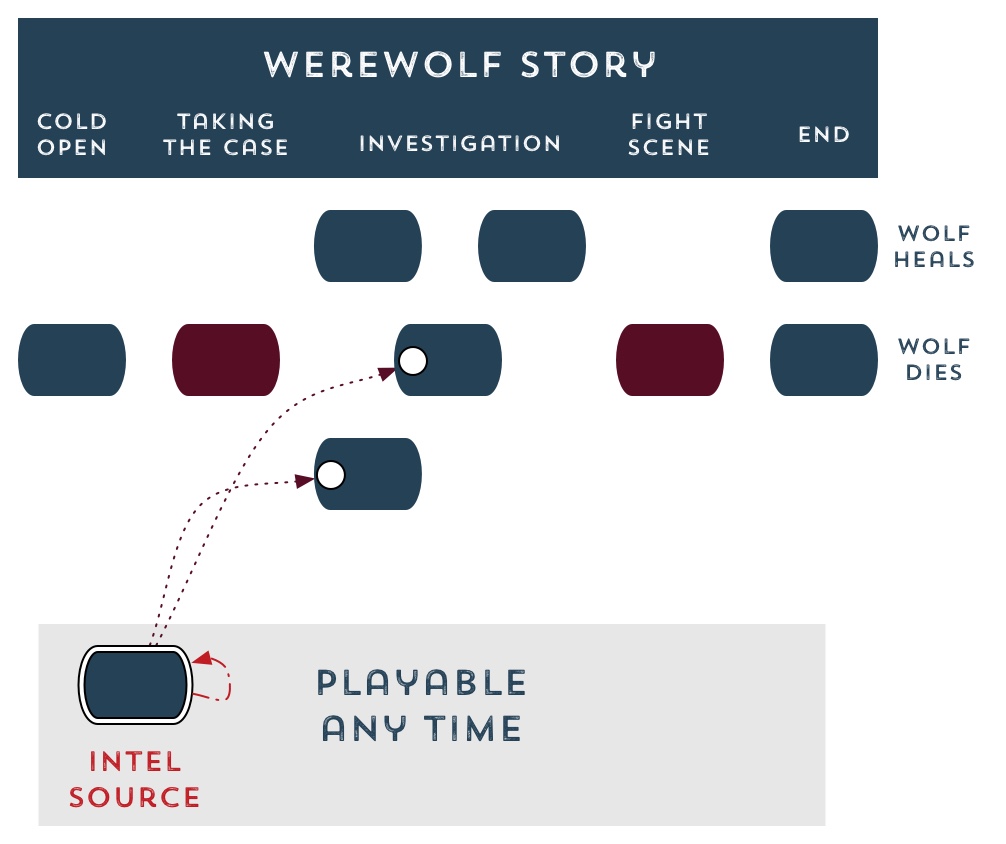 Branching stories are used in many text and non text games but they can be too rigid if you want to provide more granularity,  dynamism and integration with other game systems.

This is why some narrative designers today prefer to conceptualize their structures through smaller, looser narrative units called storylets which can be basically triggered by scripting rather than direct player choices.

From Emily Short’s – Storylets: You Want Them
Links to other in-depth articles at the bottom

Some of your project may have puzzle elements and require to do certain things in order.
You want to sketch a dependency chart (or graph) separately.

For a moment, forget everything you already established about your game, take a step back.

What are the themes in your game?
eg. Finding Nemo

What other themes can the scenario explore?

What are the main conflicts in your story (if any)?

Is there a common pattern among the ones we’ve seen that may work for you?

What kind of agency does the player have? List the choices again.
Do they support the themes and the design pillars?

Linear or non linear time? (are there jumps in time)

Linear or non linear space? (are there jumps in space)

Does it fit into a genre, and if so how to do something new with it?

What’s the relation between the story and the visual component? Can any part of it be told by “showing”?