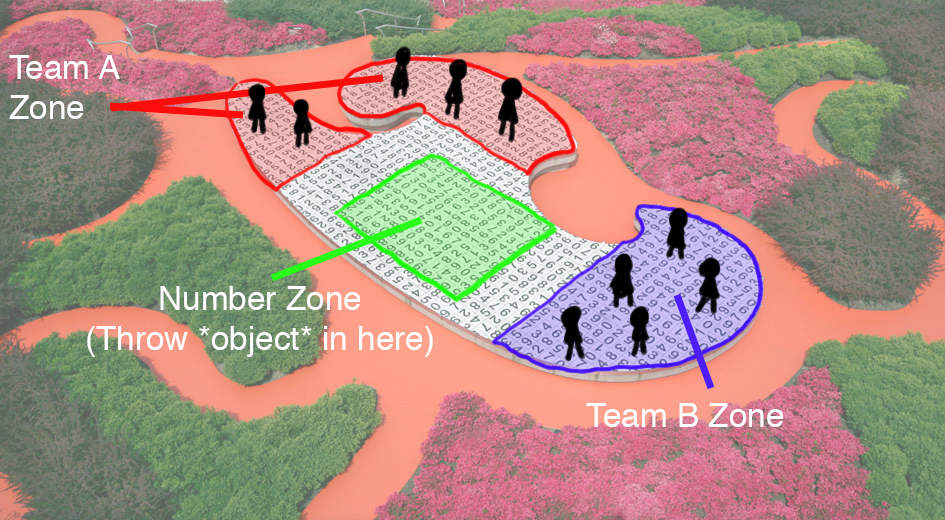 Process:
The goal of this game is to 1) get a good workout and 2) to support your team. When your teammates are working hard, be sure to encourage them and cheer them on. Apathetic and non-supportive teams will eventually lose the game.
Ideally, each team should be in the same level of physical strength, so the teams will be split up accordingly.
What constitutes as a “push-up”?
One push-up is having your chin touch the ground in the “down” position, and your arms fully extended in the “up” position. Make sure not to bang your chin on the ground when coming down.
What constitutes as a “sit-up”?
One sit-up is having your head barely touching the ground in the “down” position, and having your elbows touch your knees in the “up” position.
What constitutes as a “squat”?
One squat is bending your knees all the way in the “down” position, and straightening your legs in the “up” position.
It is recommended to bring something to hydrate yourself. Breaks are allowed between exercise cycles (at the end of an attack) to get hydrated. If players become too tired, a “benchwarmer” system can be implemented, using classmates who are not currently playing the game.
Materials:
Rate this proposal