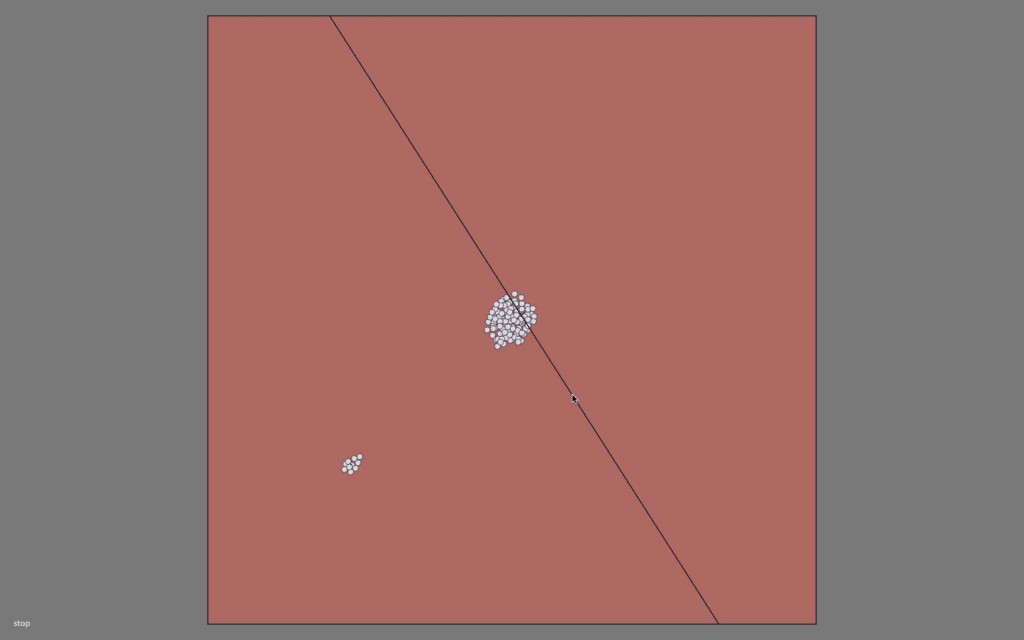 In “micro,” the player must click and drag to position a line, and release to cut through the core group of cells. If the drawn line passes between a cell and the center of the group, that cell will be separated. The severed cells will move away from the center perpendicular to the line drawn. The goal of the game is to keep at least one cell alive for as long as possible, by cutting off an appropriate number of cells to deal with approaching enemies.

Part of the challenge of the game is shooting in the correct direction, but allocating an ideal number of cells can also be difficult. Red enemies absorb 10 cells before exploding and absorbing any cells within this wider radius. Packs of blue enemies grow larger as they get closer, and fighting them always takes 5 seconds. If you have fewer cells than their group you will lose the fight, equal numbers will result in both groups being depleted, and having more will result in less casualties on your side. Thus, you want to allocate enough cells to win the fight with minimal losses, but (if you sent too many) you might not have enough in the core group for other tasks while they fight.

You lose the game eventually no matter what, so the goal is just to survive as long as possible. A time of 30 seconds is average, over 60 is good, and over 80 is very impressive. The enemies’ spawning time is a bit randomized, so it is possible to get lucky (or unlucky) in a particular round.

I can’t quite get the executables to work after download because something with the minim sound library isn’t working. In the meantime, here is the dropbox link to the code: