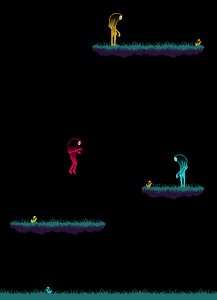 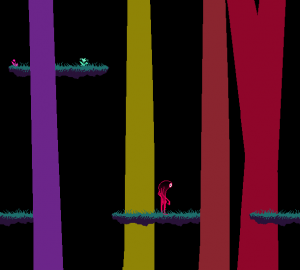 You’re the matriarch of a tribe of nondescript monsters! All of the monster babies are missing! oh noooooooo

Catching your face on stuff

Gliding when entering a new room

Narrative Environment and How to Do Things with Video Games

Both of these pieces deal with the utilization of environment experience. Narrative Environment deals more with the explicit use of environment submersion as an escape from the narrative-less cityscape of Southern California. The discussion focuses centrally on the environment existing for the sake of itself. The purpose of the narrative environment in this case was not something to be enjoyed in passing, but to be explicitly visited with the intent of having an experience. Video games, specifically MMOGs, are cited as a virtual representation of this immersive environment.  How to Do Things with Video Games is written with much the same focus, with the exception of reasoning behind our need for a surrogate environment. While the first writing tends to place blame on our ‘historyless’ surroundings, the second blames the efficiency of travel. We are no longer required to experience the world we pass through, and instead everything is streamlined. Video games offer a surrogate environment to experience in place of what we are missing out on. 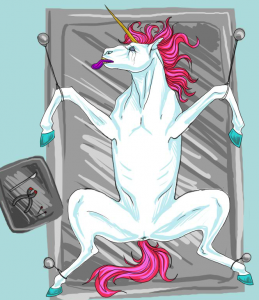 What makes a unicorn so magical? Find out the scientific way!

PROTIP: After you pin back the ribs, click the top of the heart…

Unfortunately I didn’t have time to make it super detailed; in a perfect world there would be gross sounds and more direct control.

dropbox is my only friend 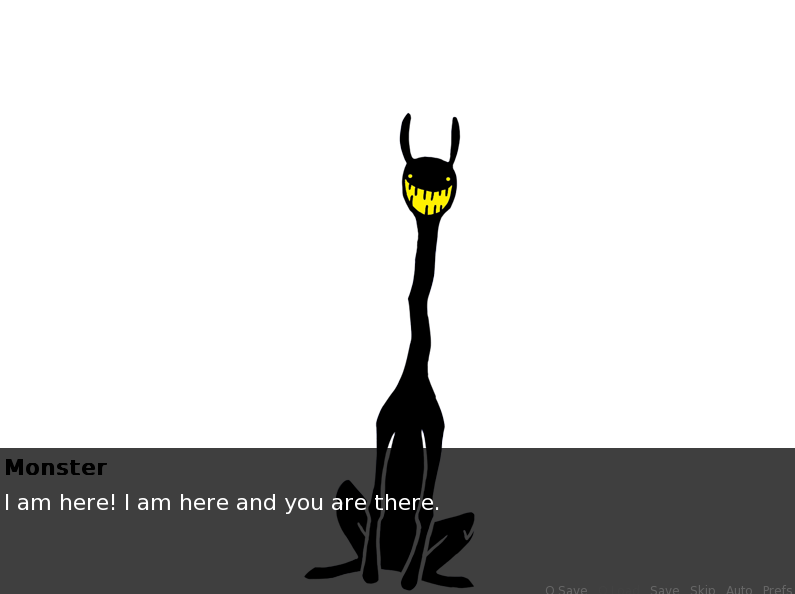 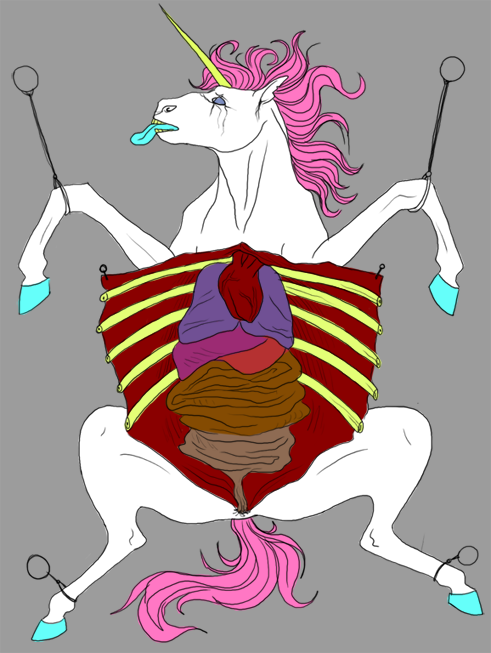 I haven’t decided really what would happen in the game. I think maybe it could be an autopsy of sorts, which would involve using different tools on different parts of the body / removing organs to figure out how the unicorn died. Or maybe it could be a dissection to figure out how the fuck unicorns work, by testing the body with chemicals/electro-stimulation/whatever. All I know is I want the scene to involve unicorn guts.

Alexius Meinong reasoned that if you could speak of a subject, or dream of a subject, then it must exist somewhere. That place is called Meinong’s Jungle. In the game, you would wake up in Meinong’s Jungle as a newly imagined concept. The only guide you have is a strange being that speaks in famous quotes and prose, and from it you can attempt to learn more about what you are, and where you have ended up. 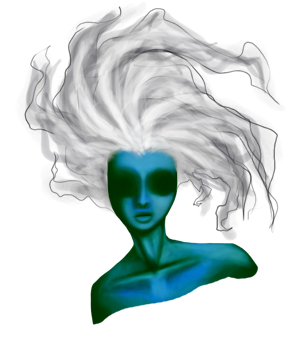 You buy a new house, and eagerly move in, only to find that it’s already occupied. You talk with the spirit of a girl who died there, and she seems fixated on the fact that she can’t remember how she died. By talking with her, you soon discover that she has more than one personality, each with different memories. By talking with each, you can piece together how she died and get her to move on and get the fuck out of your house.

I could probably use my older idea, Sundowners, for this project as well…

This reading, while very technical in nature, forced me to consider a few things that had never occurred to me before. It never occurred to me that the subtle differences in the methods used by AI developers would manifest themselves into separate schools of thought. The interactionists use a model based on reacting to changes in an established environment, while the GOFAIs use the sense-plan-act model. These two groups have similar goals; they both desire to create an AI with a thought pattern close enough to reality to be classified as actual intelligence and not mere coded reaction. The interactionists in particular seek to make a being that can be considered alive. Next to these lofty goals, the goals of the artist seem significantly less noble. Artists, according to the writer, are simply after a believable AI system, not one that actually embodies intelligence but that merely seems intelligent. For the more technical research groups, an AI system is the end product of their labors. For an artist, the AI is just a tool, and the interaction with an audience is the end goal.

The Eliza effect is a common occurrence when someone utilizes and open-ended AI personality. At first, you play right into the expected patterns, and the AI responds in a very believable way. However, as the conversation continues it soon becomes apparent that the AI follows a discernible pattern of speech that can be easily broken with the right word choice. Some other systems of conversation AI employ obvious road blocks that break the immersion of the player as well. Galatea for instance will simply tell you that you cannot do something. I think perhaps Facade has the best method of getting around this barrier. The characters of facade, if you say something they don’t understand or can’t form a response to, will just move on with the conversation as though you never said anything, or change topics to one they can respond to. This comes close to the response that some people actually give when they’ve misheard you or don’t know how to react to what you just said. 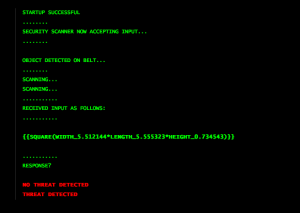 Description: In Faulty, you play as a piece of security machinery whose threat-recognition software is malfunctioning. As a computer you cannot sense anything beyond what is placed in front of your scanner, you cannot ask for clarification, and you cannot make choices outside of those you were programmed to make. You can however attempt to use your limited sentience to correctly identify objects whose dimensions are scanned in, and try to avoid the scrap heap, or deliberately let in objects that could be threatening to cause havoc in the building.

This would be a game about Sundowner’s Syndrome. The disease itself is a form of dementia/Alzheimer’s wherein the patient is completely normal during the day but at night exhibits symptoms similar to Alzheimer’s. In the game the player would assume the role of an elderly woman on the verge of being sent to a nursing home. As you live throughout the day, you will perform various mundane tasks. As the sun sets, the tasks become stranger and more out of place, such as having dinner with your late husband or shoveling the driveway to clear away snow in the middle of August. Your daughter will begin to ask questions about your life, and you will have to remember what happened correctly. Your daughter may try to ask you trick questions to see if you’re lying or not, and if she becomes too suspicious she will send you to a nursing home. There will only be one image in the story, depicting your kitchen. The image will change slightly to reflect the situation, i.e. time of day / weather.

–Promptly at 5:15AM Margaret got out of bed to begin her day. Last night she had gone to bed rather early as she hadn’t been feeling well but a good night’s sleep seemed to have done the trick. Feeling a bit peckish, she went to the kitchen.

For my second idea, I thought it would be interesting to make a game without visuals, but that relies heavily on visualization. In the game you would play as a piece security machinery that works at the entrance to a very important government facility. It is your job to sort through everyone’s loose belongings before they enter the building, and destroy anything that might be deemed a threat. The only problem is that your recognition software is on the fritz, and recognizes objects incorrectly, leaving you to use your limited sentience to determine what the object might actually be, and whether or not it is threatening. If you’re not careful and ban too many nonthreatening objects, employees will complain and you will be scrapped. If you miss too many, it can have dire consequences for the company, and you will be scrapped. The game will exercise the player’s creativity and associative abilities, and their ability to recognize/rationalize threatening paraphernalia.

The representation of CYOA books as a form of software was especially intriguing to me in this piece. As someone who experiences art and computer science in such completely opposing forms I often find it hard to recognize computer science ideas in art and vice versa unless I am being beaten over the head with it. The branching decision tree of CYOA books is also found at the core of many high end RPG games today and is an incredibly important data structure that is taught very early on in computer science. Though as is usually the case, the freedoms allowed outside of programming can be used to subvert the system, as in the case of Ultima, the paradise only found if the reader disregards the decision tree completely.

The Garden of Forking Paths

I find this short narrative interesting in that it draws attention to the infinite instances of existence in the future, past, and present in a very elegant way. It manages to discuss it in understandable terms while also maintaining the character’s identities and preserve the plot of the story. I especially enjoyed the foreshadowing wherein Albert kept reminding the narrator that in some parallel time stream they were enemies, when in fact it was the same   instance in time that they were both experiencing.