Follow Me is a platformer that requires two players to work together to traverse obstacles and avoid dangerous environmental elements. The players move and act as a unit and start off in a cave environment. The goal is to escape the cave together without getting killed. As the game progresses, the levels could get more fast-paced and harder, requiring engagement from both player and agreement on which actions to perform.

The interface for this game is touch. Using a MakeyMakey, two players must step on aluminum foil leads. They are able to press the “button” in the game by holding hands (long press), tapping once, tapping twice, or tapping each other repeatedly. 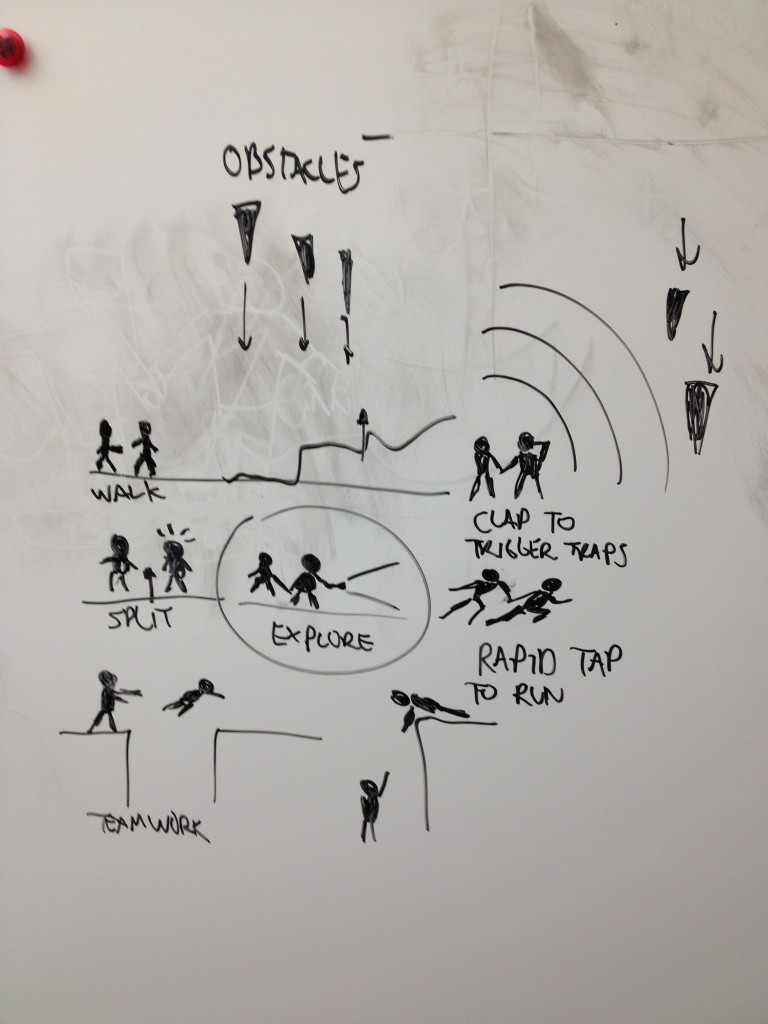 I wanted to create a one-button game that involved some type of teamwork and utilized a novel interface that took advantage of the Makey Makey such as a “dunk-tank switch” or involving a chain of people creating a conductive link.