The motivation behind this idea was to create a game that was not centered around trying to get as much input out of one button as possible (i.e press, hold, quick tap etc.) but making the button press be something monumental that players do once per game. To achieve this I wanted the button press to be something players would have to deliberate and plan, based on the group dynamics of who they were playing with.

The broad gameplay is to try to wait out as long as possible to sell (hit the button) without waiting too long until everyone sells before you. Since if a group of players sell it will crash the stock. 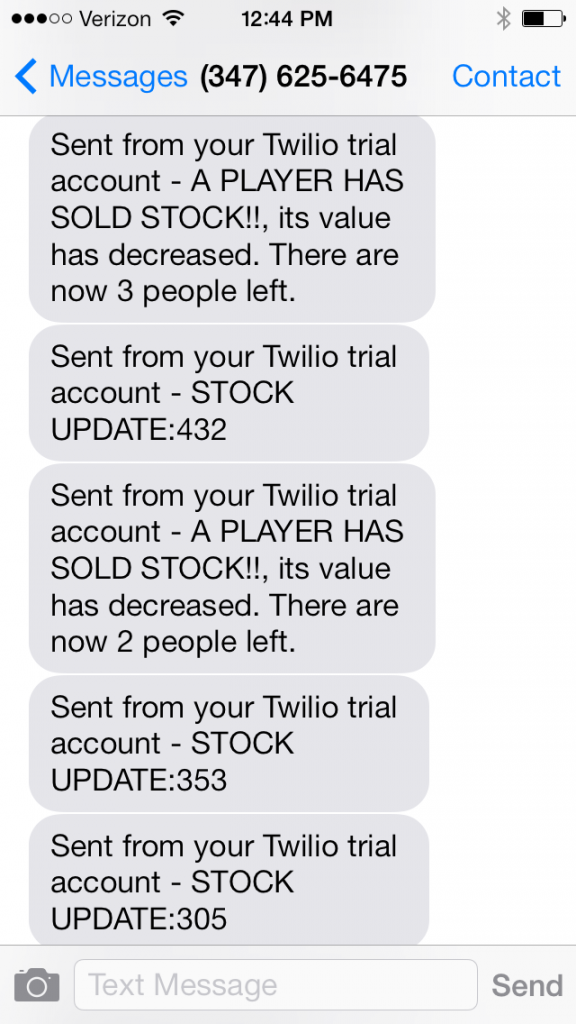 The stock price moves randomly around a value based on how many players are left, there also exists some upper bound which is exponential to the number of players. So it only needs to be worried about when there are a few players left.

So why would someone want to hold their stock? For any stock price that exists, there exists a point in the future where the stock price is higher (for a reasonably high number of players). It gets increasingly unlikely, but is guaranteed to happen probabisticly. However, this is if no one else sells, since once a majority of players sell the value of the stock and its upper bound will decrease.  So from the point of view of a player they want to wait until a stock price that they are confident in, such that the risk of waiting for a higher one is outweighed by the risk that everyone will sell before then. Essentially everyone needs to try to predict when they think others will sell and sell it right before the rush. Since once some amount of momentum is gained it will force the other players to get to the bank as fast as possible.

So why wouldn’t I sell right away? Well this partial depends with the people you are playing with. Consider this situation, player A sells right away for the starting price. One player out of many will not effect the stock a noticeable amount, the likelihood it will go above this starting price soon is almost guaranteed. So player A has guaranteed themselves an average return, which may be desirable for some.

A harmonic oscillator with random variance damped by the price max may be a better way to stimulate the stock as opposed to the current drunk walk it does. I will have to experiment with it.