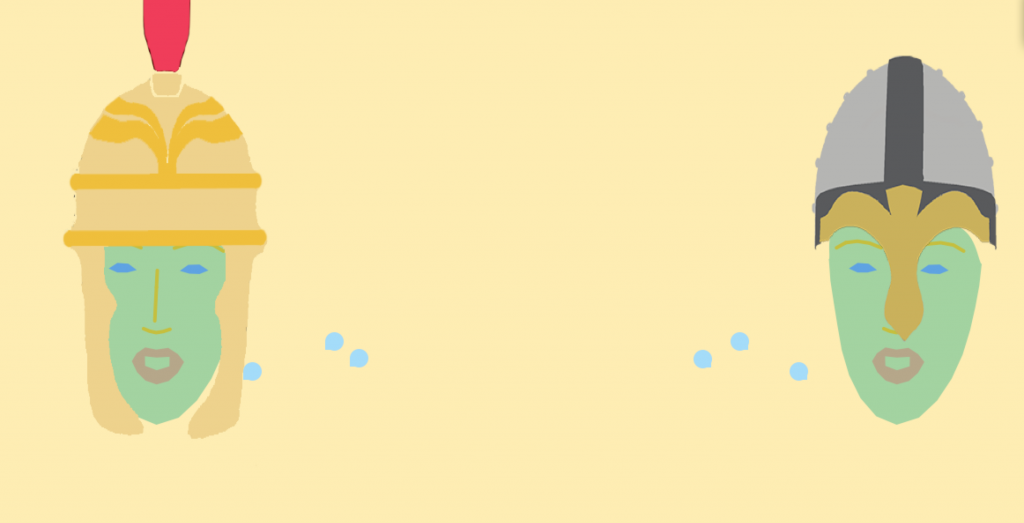 Description: Placed in head-to-head combat two faces must fight it out for survival. The whole game is controlled by the players faces. Players can fire speech bubbles out of their mouths, aim them with their eyebrows and form shields by closing their eyes. The result is a lot of funny faces made by both players. The faces also move around the screen dodging speech bubbled and gathering power. Too much movement risks being lost by the face tracker, while too little also leaves you vulnerable. Staying far away from the screen makes one a smaller target but will also make their attacks weaker since the speech bubbles will be smaller.

Instructions:  FaceOSCSyphon.app must be running in the background. Then run the exported processing sketch for windows/osx. Enter your friends ip address and play.