I spent the weekend drawing up maps for the game. Three of these maps were on a macro scale (1 square = 10ft) and many of these were closer and I didn’t scan all of them in (where 1 square = 2ft).

The area, called the “Geothermal Sector” is a section of what would be the fully-realized Project SUPERCAT but for the scope of a month this will serve as a complete project standing on its own.

Posted the macro maps as an imgur gallery because wordpress complained about file size http://imgur.com/a/lDvva#0

UPDATE: I added doors that you can punch to open.

I fixed some really really awful gamebreaking bugs in the platforming physics.

I was about to post the new build but then dropbox chewed up the online copy of the project and now I can’t post it until I’m back at my apartment.

Heres a screenshot of a door instead 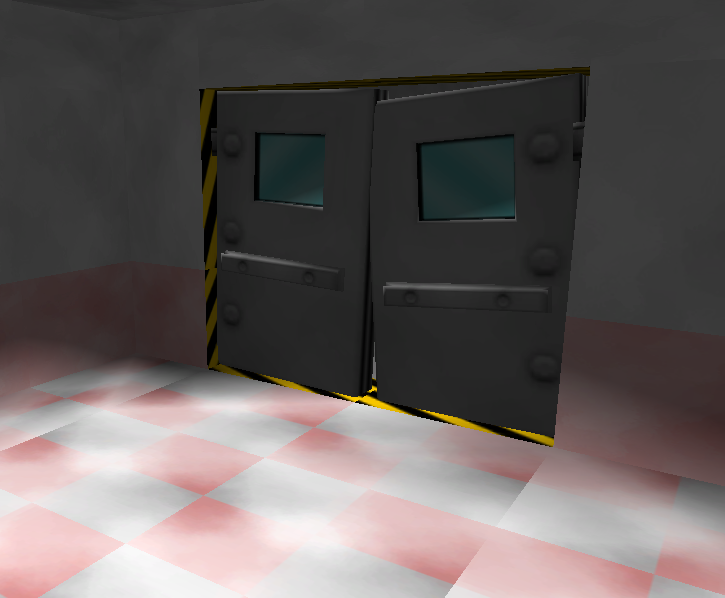 I have all (currently needed) features implemented, but so far only have a crappy little testing level.

What I have so far is technically playable, so you can at least download it and see. (zip file containing both OSX and Windows builds)

shift is to run

shift is to run

SHIFT IS TO RUN 😛

Also this is a reincarnation of a project I tried to do in high school but ended in disaster because I hadn’t learned to manage large projects yet and it gradually got buggy as hell. Hopefully I can do it better this time with all new code and assets.

Video of old project for reference. 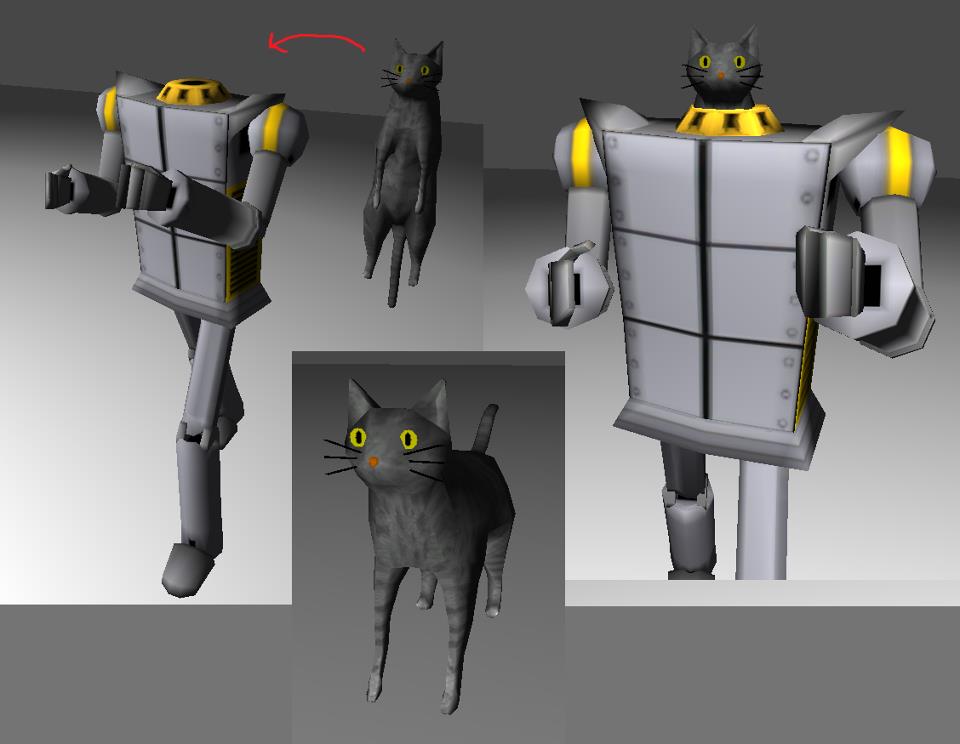 EDIT: ok if you really wanna see something move go to http://andrew.cmu.edu/~cshaffer/RocketPenguin

and punching things instead of a gun that shoots snowballs

and dog robots instead of snowmen

For some reason you’re in my apartment unattended.

or in CFA Mac cluster download game at: http://andrew.cmu.edu/~cshaffer/Mousey.zip 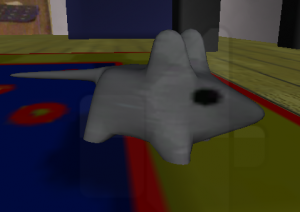 Here is “The Legendary Sword Excalibur” 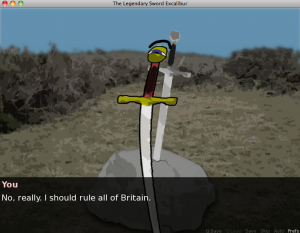 Talk to the legendary sword Excalibur!

Annoy the crap out of the legendary sword Excalibur!

RAMBLING NONSENSE: SKIP IF YOU DON’T CARE WHAT I WAS DOING AT FOUR THIS MORNING

At first my idea was going to be something totally different where the scene is an older dude chilling out at a restaurant and he has a glass of water and among other things in the  scene you can click on to make them animate you can also click on different parts of the guy’s arm to move his muscles and try to make him take a drink of water successfully. As I was working on modeling the dude I got IMMENSELY distracted by a mouse scurrying around my bedroom (which is also the dining room) and this prompted a last minute complete change of idea as well as several unsuccesful attempts to capture the mouse which I have now named Skrillex simply because he is not a Deadmau5.

Also in the room is an assortment of objects that can be picked up and used on other objects or simply moved around. Some objects can be combined, others will activate animations, and some will also affect the state of the room. It will be possible to capture the mouse but this wouldn’t be specified as goal. The mouse can also be removed through other various means, possibly including letting a cat into the apartment. 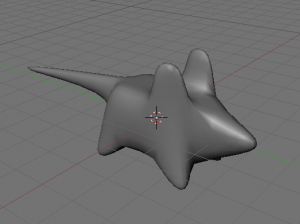 You wake up in the night to discover OH GOD WHAT THE HELL IS THAT in your apartment. Oh well, might as well try conversing with it. Maybe it’ll even turn your brain into a hypercube…

In this setting cherubim in general come off as having severe ADD due to their six-dimensional hypercube minds, which form trains of thought that look more like anteaters juggling daffodils than trains from your three-dimensional perspective. Figure out how to communicate properly with this avatar of insanity, and maybe JUST maybe you can find out what the hell it is doing in your apartment.

A game in which you encounter the famous Sword in the Stone and HOLY CRAP IT CAN TALK. Possible results of interaction can be getting crowned Rightful King of Britain, or just getting told by a three-foot piece of metal sticking out of a rock.

Have an informative discussion with Excalibur as it sizes you up and overall is very judgmental at you. Can you befriend or at least gain a shred of respect from a magic sword and become a monarch that isn’t a butterfly?

I found the paper on “expressive AI” very interesting, specifically in establishing a difference between producing an AI to accurately model a behavior and producing an AI as a cultural artifact. A cartoon face doesn’t get judged on realism, but instead is acknowledged to be a stylized caricature. In that same way, an AI can certainly be “stylized “and used as a cultural artifact.

I liked Hills Like White Elephants because it was straightforward and Hemingway stuck to telling exactly what was going on so that the reader could act as if observing in person and make of it what they will, interacting with the narrative by reflecting their own background on their interpretation.

My interactive story “Respawn” is located at http://www.andrew.cmu.edu/user/cshaffer/Respawn/

In “Respawn” you take on the role of a grizzled mercenary character in a multiplayer action shooter. What tactics will you use? What things will you do with your power?

These are things you choose, so I can’t really say what they will be. You must discover these yourself! 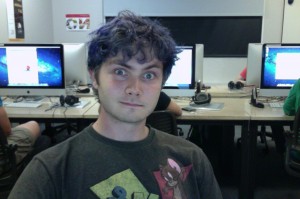 I’m a senior Computer Science major / GameDev minor aiming to get into and maybe evejn completely ruin the games industry.

When I was an impressionable five-year-old I wanted to make superhero comics. Then I was exposed to (radioactive) videogames and saw games as a super awesome platform not only for storytelling but for creating a living world in which the story takes place. Since then I’ve been chasing after all the skills needed to get these ideas out of my head and into a form faithfully replicating the vision and showable to others.