Boreas and Zephyrus is a one button game about two dueling wind gods.  Boreas, god of the frozen northern wind, attempts to steer a drifting boat to his icy isle.  His brother Zephyrus, god of the warm western wind, attempts to steer the boat towards a tropical paradise.  Each player assumes the role of a wind god and attempts to create eddies and currents to accomplish their goals and thwart their opponent.  Pressing their button launches their god across the screen, realistically affecting the fluid simulation in the center area. 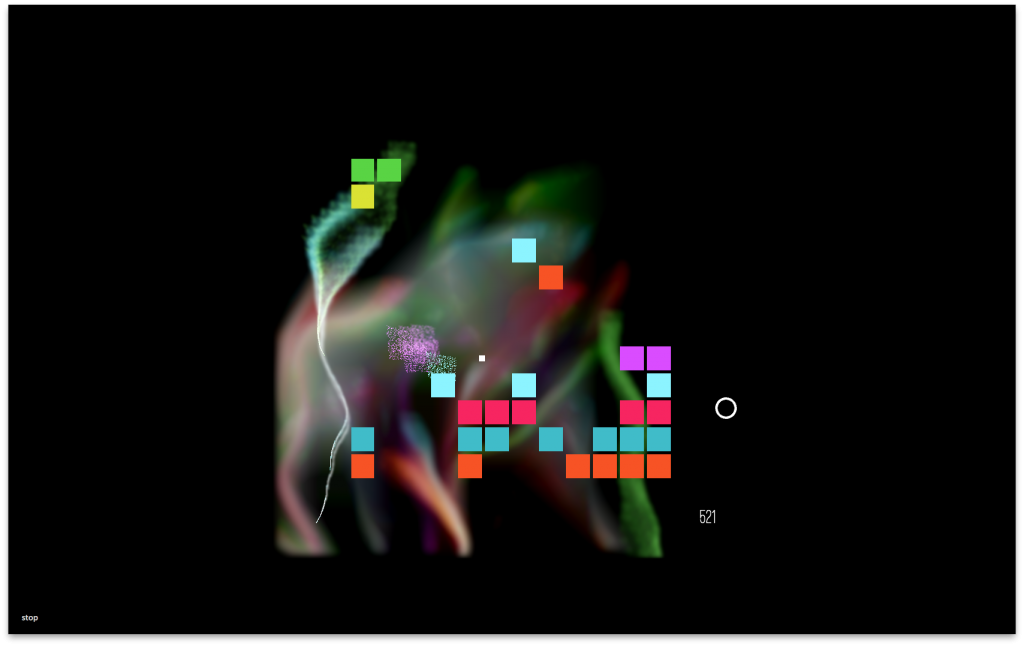 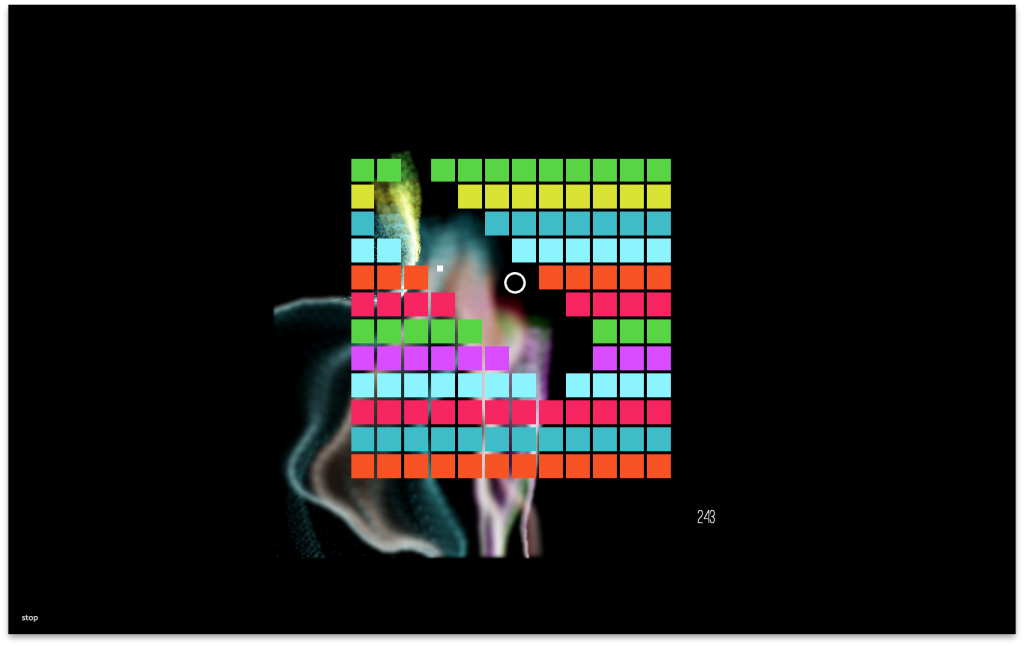 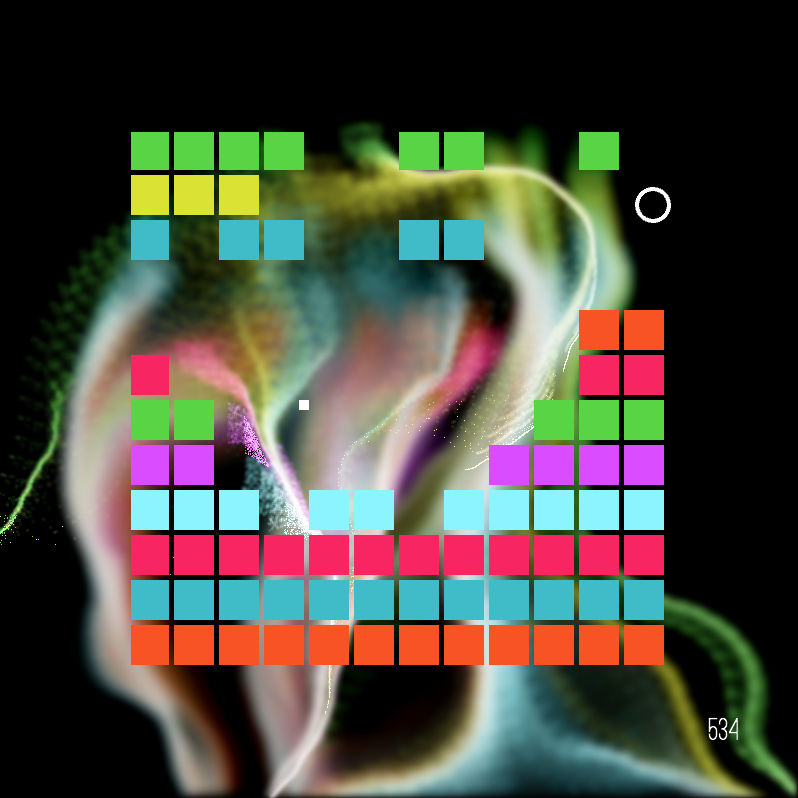 I based my design off of the screen-saver from DVD players, where a colored square bounces and everyone always wants it to get in the corner of the screen.  Aurora Breakout is about planning bounces in the late game (bonuses are given for hitting multiple blocks in a row), while clicking lets you teleport the ball at the cost of points.  I modified a perlin noise smoke algorithm to create the glowing particle effects.

Linux 32 and 64 available on request. 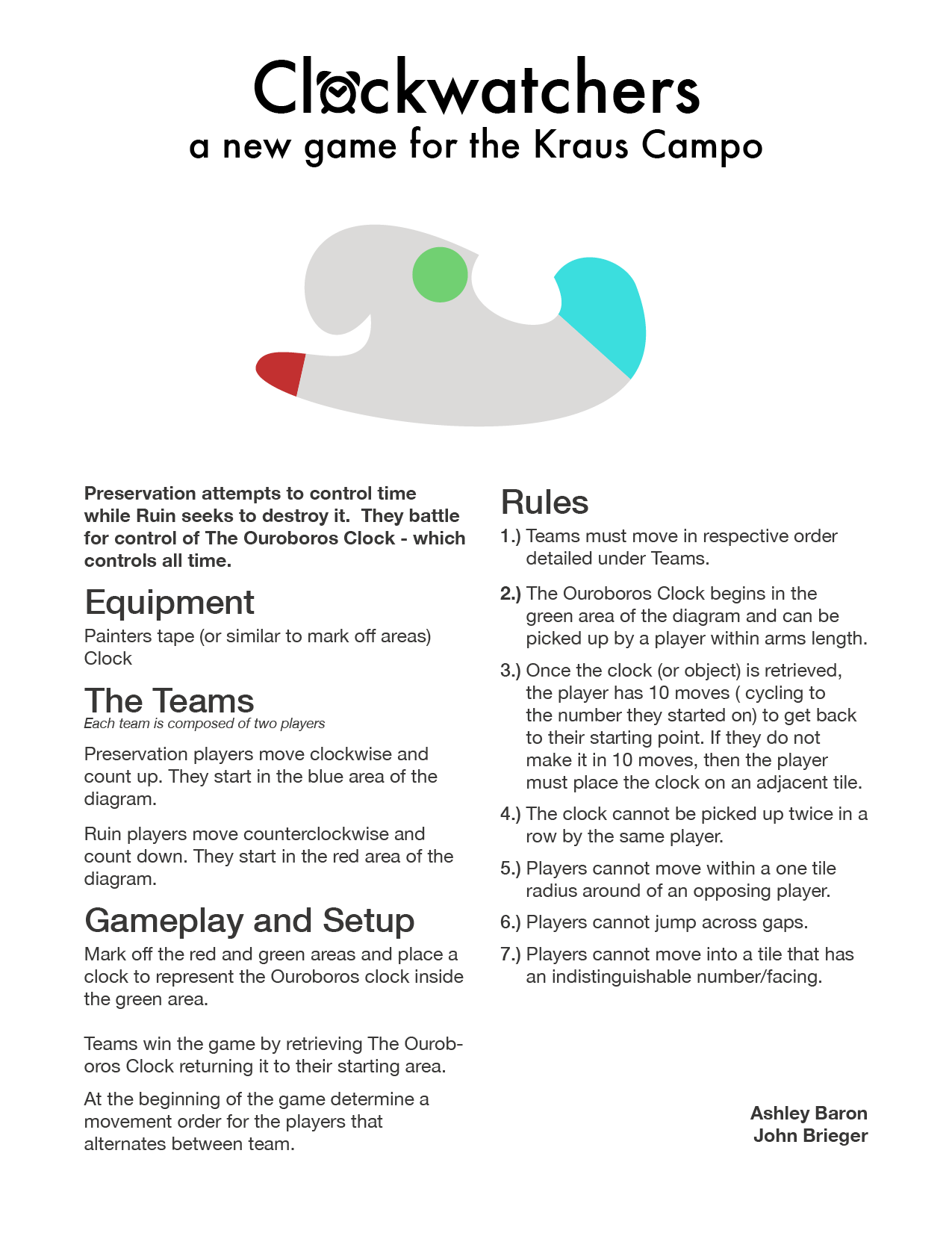